After the trouble we had experienced, life on the Sanctuary was like a holiday. Raynar taught unarmed combat to the Sanctuary’s troops. Weapons and tactics training, after that. Reed showed them how to shorten neural pulses without losing cohesion and clarity. Tessa had to hike over a mile each day to get to the lowest levels of the Sanctuary and talk to doctors there, help them upgrade their diagnostics.

Ellie was left alone to do Ellie things. And I … I was left free to heal completely and wander across the Sanctuary talking to people and coming to grips with my nightmares.

Ugly memories of red dust still haunted me. As I got stronger and the pain from my head faded I found myself pondering the importance behind my red dust dreams. The shrieking of blasters and the undulating red mist left in the air.

“I like it here,” Reed said after a few days. “These guys are really cool once you get them on your side.”

We were at one of the restaurants. Restaurants! This place was amazing. Reed was busy working his way through a pile of grilled corn and mashed potatoes. We were drinking some local brew. Even Raynar was smiling.

“I am really sorry about Sam,” I said to him, my voice purposefully low.

He nodded. “Yeah, she deserved better. She lost her brother at the Orion Massacre, you know.”

“Yeah that’s why she was always interested in it. Read those graphic novels all the time. Three Regulator ships blasted out of the sky. Over six squads disappeared. Turned into so much red, alongside all the miners. It was a disaster.”

He shrugged. “No one knows for sure. The way we have it is the miners came under some kind of attack, called in for Regulator help per protocol. It took our ships over two days to get there, flying fast from a nearby orbital. We got there and we were attacked. Our forces wiped out. All ships destroyed. One ship stolen. We found just suits on the planet below. Blaster-scarred and scribbled with those words.”

“I heard about that,” Reed chips in, mouth half-full and chewing. He really has zero manners. “There was clandestine footage circulated all over the dark net. Grainy video of Regulator suits arrayed like trophies. Each one with ‘Red Reaper’ burnt on it. No bodies though. Just a planet full of red dust. Gross!”

Tessa is saying nothing. She’s eating methodically, carefully chewing her food. Ellie is frowning. “Let’s get back to work,” I say and stand up to leave the table.

I see the device fly towards the already damaged structures below. Banned weapon. It is cigar shaped and metallic in nature. It hovers over the cluster of buildings below. It centers itself above them fins opening up to arrest its plummet and then, as its terrible payload begins to react, it turns into a miniature strobe of death.

White flashes emanate from it. Wherever they touch steel and concrete, wood and glass heat up, melt, disintegrate. But the worst thing occurs on flesh and blood. The hundreds of miners that had sought refuge below. As the roof of their building evaporates, the white flashes continue. Touch their bodies, heads. They rise up like ghosts in the mist. Silent. Like a well coordinated dance troupe they all simmer and then vanish. Swirling red piles left behind.

“Sef!” the familiar voice cuts through to me. The tableau disintegrates and I become aware of the sweat drenching me.

“You have to go,” this from Oscar. We are in a suite like the one we used to negotiate in, but much smaller. No goons this time.

“Regulators are here,” says Raynar. He’s there ahead of us. There is some commotion and Tessa comes running in too. Reed two steps behind her.

“Great!” I am already out of breath. “You’re a neutral station. Sanctuary is to be respected.” I say to Oscar. He looks a little dubious. He’s alone in this room, the five colleagues he showed up with during our negotiating are not here and, without them I am not sure he can see everything the way I can. It’s not that he’s not smart but when you’re used to -

“We’ve spoken to their commander,” he says. The momentary blink before he speaks. Of course. They don’t need proximity for the neural connection to work. I wonder just what the range of it is. “A Captain Jackal,”

Raynar lets out a groan.

“Piece of work. He’s barely Regulator. They only assign him the worst cases.”

I am not wholly convinced of Regulator piousness. I remember Orion. “So?”

“Exactly,” Oscar says. He’s looking at me pointedly, waiting patiently for me to make the connection. Sanctuary. You don’t violate Sanctuary and expect to get away with it. It creates all sorts of problems. Major problems. No Corp or Regulator ship would ever be able to find assistance in a Sanctuary, unless - they can see the thought unfold in my face.

“Orion all over again,” I say.

“What do you know about Orion?” Tessa asks, then catches herself.

“Let the comms through,” I say to Oscar. We are all a little frazzled. Sanctuary life had began to grow on us a little. Oscar nods to a technician and the table in front of us projects a hologram.

Captain Jackal, surprisingly, does not look like a four-legged, pointy-nosed, fur-covered animal from Terra’s past. So there must be another reason they call him that. “Captain,” I say. Cameras in the room feed our images back to him. The on-lens AI stitches together the visuals allowing him to feel like he is really there, standing in the middle of our table, with us all around.

“Oscar,” he acknowledges Oscar. No titles or niceties. OK. That sets the tone. “Give us the girl.” Just like that. Out of the corner of my eye I see Ellie shrink into herself a little.

“The girl,” Captain Jackal repeats as if he hasn’t heard a word.

His eyes turn to me. Scan me with some scorn. Dismiss me. Well, well.

Oscar tries to cut me off. Too late.

“You do not want us to come in.” OK. A threat. Maybe. Perhaps not the same scale as Orion. Maybe it is though.

“You have one hour,” he cuts off. Just like that.

Oscar is pacing the room now, conferring with his counterparts. I briefly wonder what it’s like to have such close connection with others. Then I realize that once again here I am, fighting to survive. It was all meant to be over by now. I should have been at the Hub and then Eden. It makes me angry and I choke it down. Practice deep breathing until the red mist clears from my eyes.

My mind is racing to formulate a plan. Regulator ships are well armed but then so are Sanctuaries.

“Hurry, we have very little time!” Oscar has finished discussing whatever discussion he was sharing with his neurally connected counterparts. And it appears they’ve reached a decision.

We are all off running. 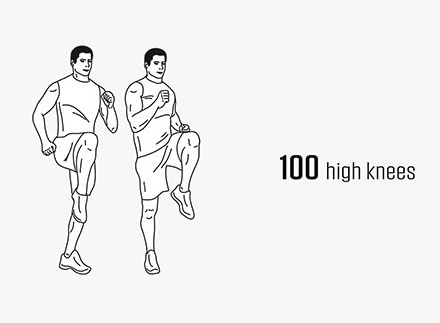 We climb down some shafts, following Oscar, slide down some tubes, then up some ladders. 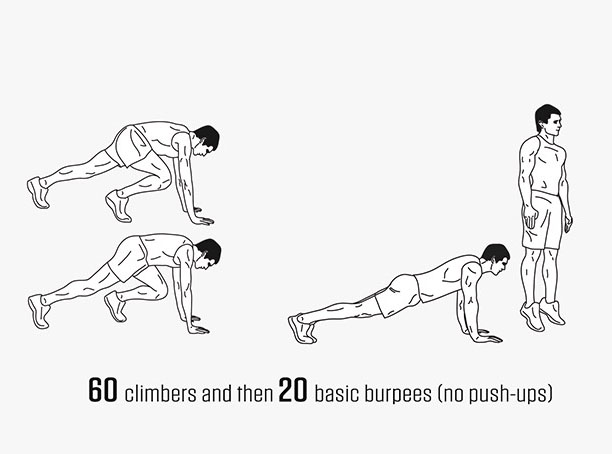 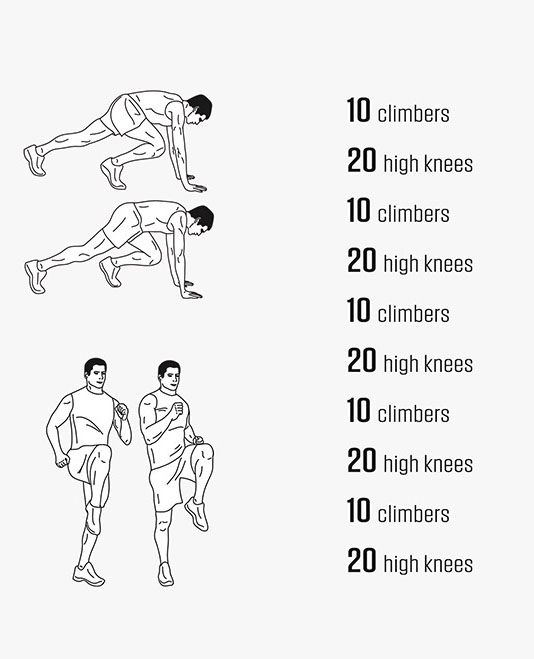 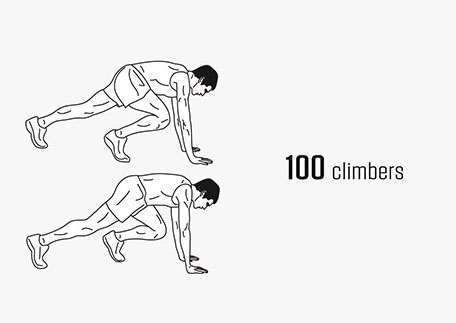 We are all sweating.

“These are not passages everyone knows,” says Oscar.

We are moving and I am thinking. My brain works best when I am exercising and all the physical activity moves it into high gear. 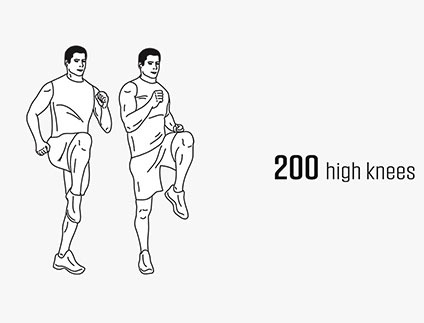 The climbs and slides and climbs again take us to the service tunnel leading to the docks.

“Your ship is ready to go,” says Oscar, “we’ve been testing all systems and have enhanced your weaponry.”

“Our stuff?” says Tessa. There is real panic in her voice.

“We’ve had most of it brought onboard.”

“Thank you!” I see the relief on her face.

I am sure the Regulators are monitoring the Sanctuary so we can’t go through the usual hot launch sequence. We uncouple from the station and let the drift take us away, its bulk hiding us from the Regulator ship on the other side.

“I have everything on power down,” Reed says.

He’s not kidding. Even the temperature is low. We all have to do jumping exercises to keep warm. 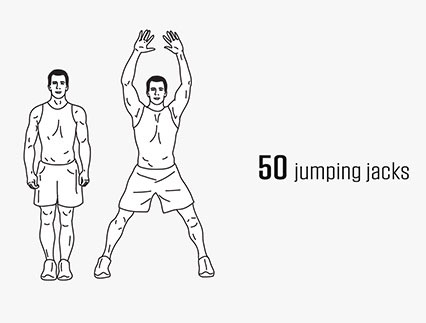 Thanks to the alacrity at which Oscar responded we have a full thirty minutes before the deadline Captain Jackal issued is over.

“Will they be OK?” Ellie voices everyone’s anxiety. We’ve all come to like and respect the Sanctuary folks.

“With us away there is nothing that the Regulators can do,” says Raynar.

We busy ourselves with work to help keep us warm. Raynar is stacking provisions, lifting the heavy metal boxes like they weigh nothing. Reed is jogging on the spot while working at his station. Ellie and Tessa are reorganizing the ship’s sick bay and I, I need to think. 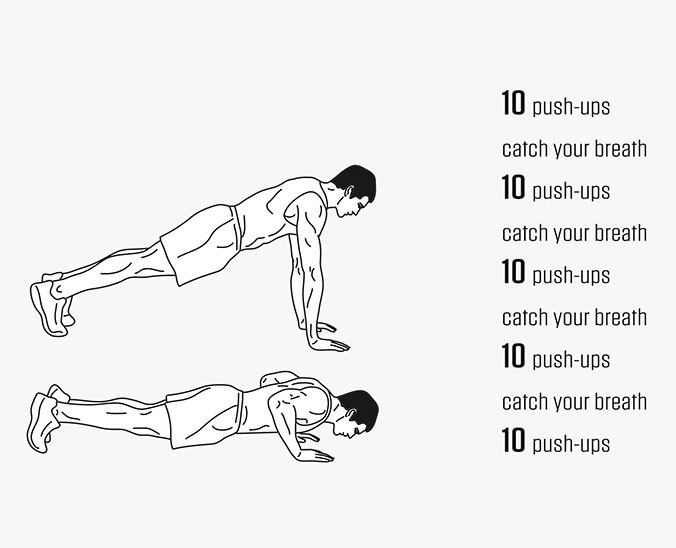 Mentally I am keeping track of everything. As my body works and its temperature rises I can see the patterns that form. How dots, connected, begin to present a very specific picture. I am not sure I fully understand it, but what I see in my mind’s eye fits. I think I know how the Regulators found us at the Sanctuary.

I am in the process of considering how to best test my theory when a deep shudder runs through the ship and knocks me off my feet. Reed barely has time to grab onto something and Raynar is almost crashed by one of the heavy boxes he’s moved as it falls off before he can secure it.

Reed is going through his panel. Hands flicking from switch to switch while part of him, the part that’s full of implants, whispers quietly to the ship’s instrumentation.

Tessa and Ellie have come running from their tasks in sick bay to hear him as he says that. Ellie lets out a low gasp.

I consider the banned weapons used to take out a space station. There was no need for the Regulators to do that. I can see why Captain Jackal has the reputation he has.

“Have they spotted us?” I ask. Without the station’s bulk hiding us the Regulator ship could easily spot us, I think.

“No. They can’t.” says Reed. “We’re still running cold. The space between us and them is now full of debris.”

We continue to drift, slowly through space. A ship running cold. And my anger boiling hot.