Alone. At last. Without Reed and Raynar I am aware that I have zero margin for mistakes. I am used to that. I pause to catch my breath and take stock. I am in a back street, poorly lit because no one bothers lighting up back streets.

I have two blasters. A few credits. No ticket out of here and an identity that has now been somewhat compromised. The reward on me is still out there. Skipping out with Raynar, Reed and Ellie, even had I been able to get a new ticket would have put them all at risk.

So, here I am. Doing the right thing, though few would ever consider that this is a prime directive the Red Reaper is driven by. Nevertheless. I know I have to deal with Snug and there is the question of the Jackal still bothering me. But I have more pressing problems to deal with. The lack of credits, right now, is making everything really difficult.

Having recovered I head out again, walking this time. I put my hood up and my head down and I do my best to merge with the crowd. It’s a good two clicks to the place I need to and now, time is all on my side. 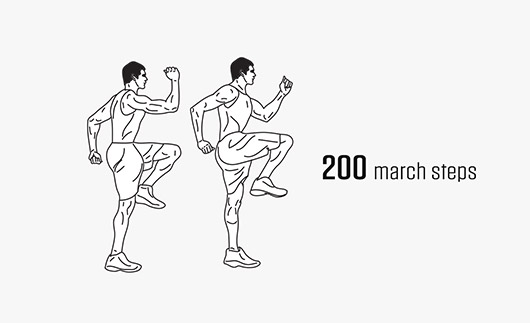 When I get there I scope the streets. Apart from the usual traffic and crowds the area outside is really light on Regulators. I know, of course, that cameras are everywhere and there are drones overhead and by now, what we did at RIM Corp will have stirred things up sufficiently for there to be a major alert out for me.

I wait until there is a break in the traffic and cross over to the other side of the street. My target is a bar at the very end and I use the time it takes to get there to scan everything for suspicious activity. There really is nothing. It surprises me a little.

One last, surreptitious look around and I slip in, pushing past the narrow door, through the full body scanner. It picks up the blasters and beeps and I am instantly surrounded by men in exoskeletons. Weapons in hand and server-assisted muscles at the ready.

“Gents,” I raise my arms slowly. “Just two blasters for personal protection,” I say. I know the protocol. I have been here before. “I am here to talk business with Cyrus.” They pat me down roughly. Strong hands lift my blasters away. One of them throws back my hood. They recognize me instantly, which is not good. My guess on a major alert being out is correct, it seems. It will complicate things. “Cyrus knows me,” I add.

They all take a step back. I watch as one of them brings a hand up to his ear. Murmurs something I do not quite catch. Then he turns to the others. “Let him go,” he says gruffly. They back off even further. Great. I shrug, readjusting my overcoat.

“Cyrus?” I ask. One of them points with his chin towards the interior behind me.

I leave them behind. Walk in. It’s dark. It’s noisy. Strobe lights from the stage where some snake-eating act is in progress. I keep walking, past groups, noisy and half-drunk. Couples. Loners. More couples. This is normal Hub bar crowd.

Cyrus is at the far end. Sitting in a darkened corner. Alone. There are two minders off to one side, noticeable by their sheer bulk and the fact that unlike everybody else around us, they do not sway to the beat of the music. I make my way to him and sit down.

“Sef,” he acknowledges me. I nod. I’ve done business with Cyrus before. He’s not an entirely trustworthy type of guy but overall he will do what we agree which is all I want now.

“I need a job Cyrus. Is there some work I could do?” Really, I need credits and this is probably the easiest way for me to get some.

“I thought you retired,” he says.

“There may be something there for you to do. But it’s tricky.”

“Then it’s costly,” I say. I have always been picky about the jobs I take on. Despite what most people think about me I have never been your standard assassin-for-hire. I do need credits right now however and Cyrus has always been a man in need of someone with my special set of skills.

“It always is with you.” He leans forward and begins in his own, weird way to explain what it is he needs. Cyrus never speaks straight. There is always a tale he feels he needs to tell or some kind of point he needs to make. I listen as he tells me some weird tale trying to make sure I don’t miss the salient points.

We are interrupted by a goon bringing us drinks.

“Not when I am working,” I say but Cyrus brushes my objections away. “It’s been a long time Sef,” he says, “A drink to seal the deal,” he raises his glass. I raise mine. We drink almost in unison. It’s some sort of local Hub brew. I can taste the afterburn as it goes down.

“So, this job-” I begin. He’s looking at me strangely. Or at least I think he is. His eyes appear to be glowing. He blinks and it’s like lightbulbs going on and off. I rub my eyes.

“Yeah, just tired a bit. All that running.” My eyes itch. I find it almost hard to breathe. I get up but there is no strength left in my legs. I find myself looking at the ceiling, strobe lights bouncing off it. Then it goes dark.

I force my eyes open and it takes everything I have to open them just a slit. There are giant shapes looming over me. Thick voices coming from a long way away. I realize that whatever drug my glass contained slows down processing power in my brain as well as paralyzes the muscles. I am finding it really hard to breathe.

“He’s alive,” says a voice and I recognize it instantly but the name of its owner escapes me. My drugged brain struggles to make connections.

“As promised,” says the voice and the name of its owner comes to me just as the blurry shapes above me loom closer and one of them resolves into the sharp, angular features of Captain Michail Fui Draconum, a.k.a. The Jackal.

Red dust everywhere. The worst nightmares always start with swirling red dust. Bodies of ordinary people. Loved ones. Family. Friends. Strangers. Reduced to so much nothingness. It hurts. So much death hurts the senses.

The nightmare strobes like an old movie. I see flashes of Regulators ambushed by me. It always feels like it’s not really me. I see the person I will become acting now out of rage. Mad, mad eyes and frothy spittle flying through gritted teeth.

The blasters sing their song and the Regulators, surprised, disappear. Empty suits and burnt visors the only trophy left behind.

The person in the vision lifts the suits. Piles some of them high. Arranges others in special lines or circles. Burns letters onto their chest plates.

Heaving hard as the figure runs. 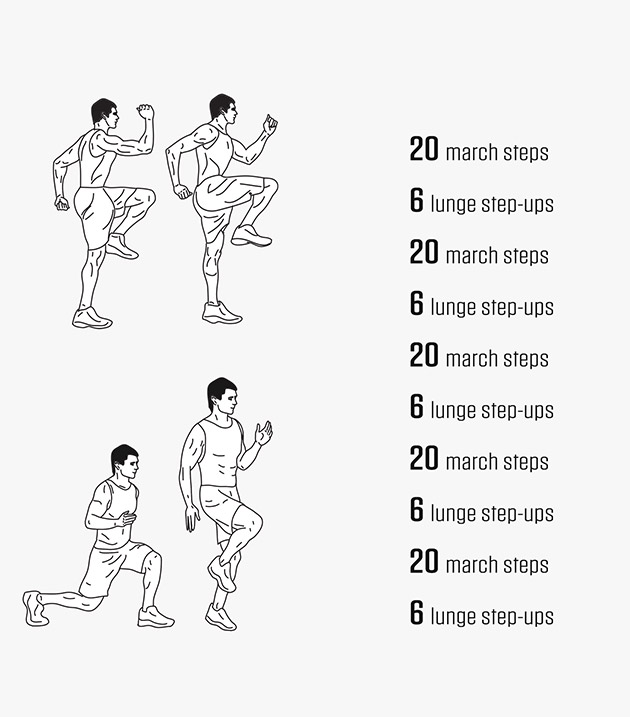 In the nightmare the red dust breathed in, is cloying. It makes every step harder, every breath heavier. The whole colony turned to red dust. Regulators wiping out people like life means nothing. Dying themselves, in return, surprised by the person they will come to fear and hate most in the future.

The nightmare suddenly shifts. The scene jumps without explanation into space. Disjointed memories. Some kind of crazy unarmed fight on a ship. Dead bodies lying around on a bridge. Regulator uniforms with blood seeping out. 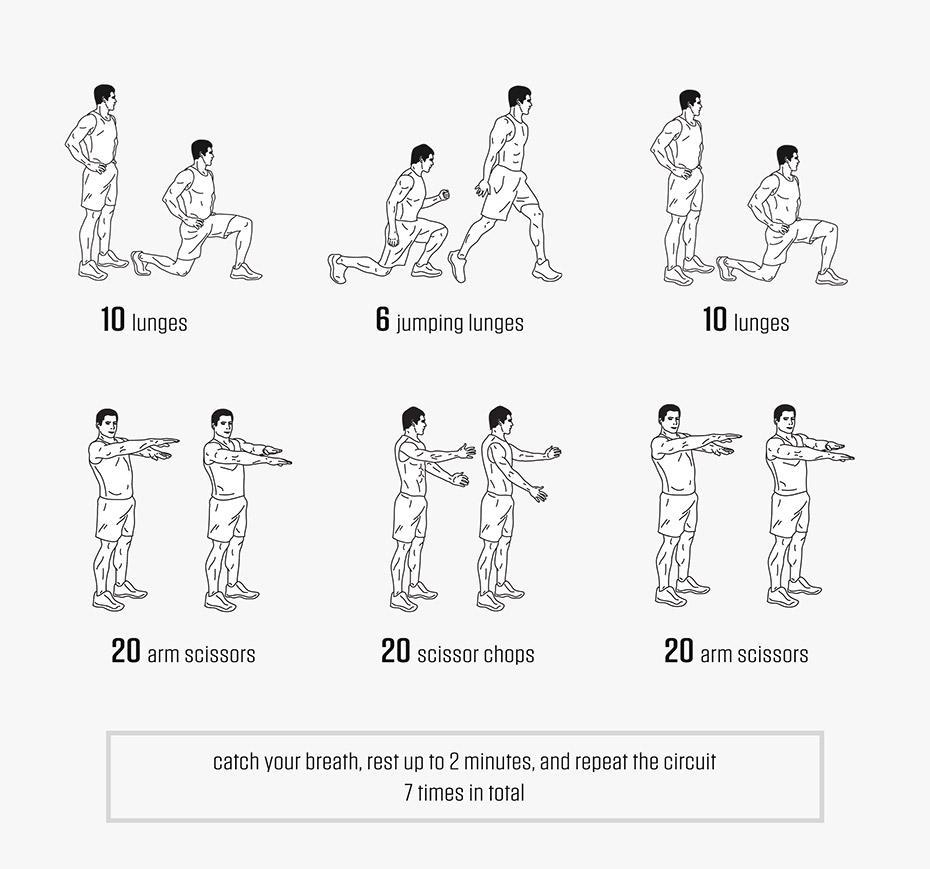 Hands dance at the command controls. Whole banks of outlawed weapons activated. The ships that came with this one. Its comrades in genocide become spectacular starballs in space. Orion below stands empty. A mining colony that reached too far. Sought to unbalance the status quo. Quelled. With no one left to tell the tale. No one. Space is a silent witness.

The nightmare always ends the same way. The turning point in a lifeline. The moment a trained assassin became a legend blamed for something he never did. Taking only jobs that targeted Corps. Funny. Orion had been a Corps op from start to finish. The hit on the miner leader. The Regulators coming next was simply an escalation. Red dust sealed the deal. It also made The Red Reaper.