Ellie bends all solicitous over me. Ellie? What?

“You’re safe,” she says. “Been through some fever though.”

I feel dehydrated. “How long-”

Hell! Two weeks. My brain is still reeling from my dream of the fate of Orion.

“What is this place?”

Sanctuaries are neutral stations. They thrive on trade. They’re armed to the teeth. Everything there costs something. It’s not good for us to be here.

“He saved your life.”

Ellie arches an eyebrow. “As sensitive and appreciative as ever, I see.”

“Where are the others?”

“Staying here is not without a cost.”

Tell me something I don’t know. I sit up. The pain… I need to stretch my muscles. 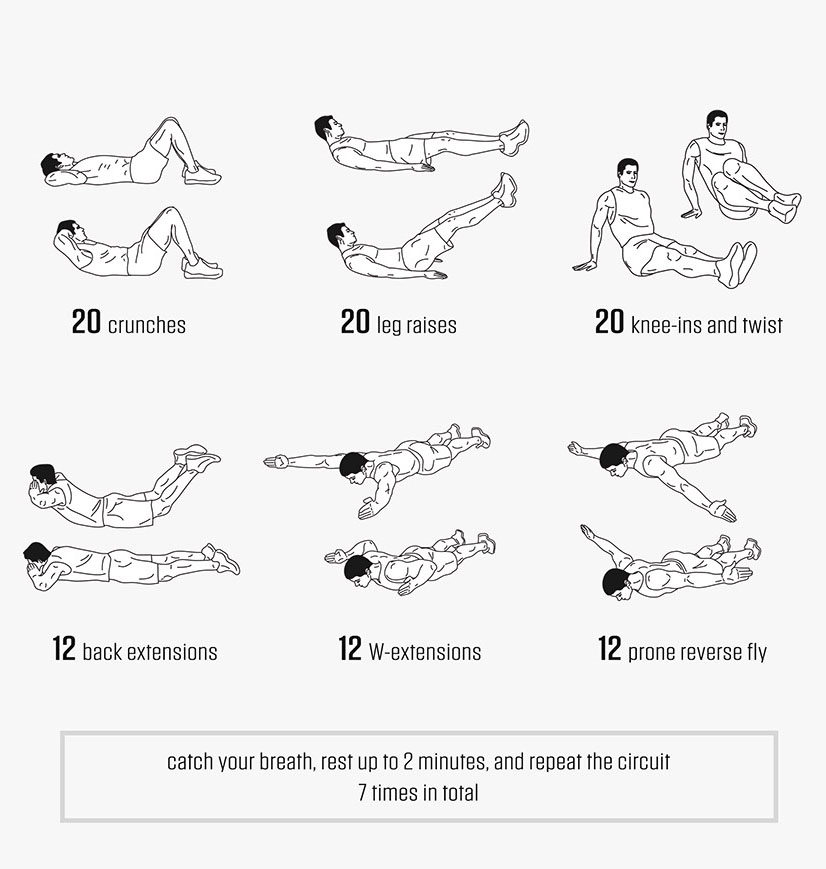 Take in my surroundings. I am in a perfectly square white room. There is a bank of monitors on one side, all hooked up to my bed. The bed itself is white. White sheets. White pillows. I am dressed in some sort of white gown.

“I will get you some,” Ellie walks away. Only then do I wonder A. why did we come to the Sanctuary and B. how come she’s awake?

When Ellie returns with my clothes I notice they’ve been cleaned. “My blaster?”

“Gone. There is a strict no weapons policy here,” she says.

“Dead. Raynar turned it into dust,” Ellie hides something in her voice that I can’t identify.

We are, I guess, in a Healing Pod. Dedicated rooms staffed by virtual medics. I’d heard of them but had never seen the inside of one, until now. Outside, the surroundings are decidedly less pristine. Ellie has to update something on a screen before we can both leave the Pod. She talks as we walk, filling me in.

“Raynar brought you to the bridge. You were bleeding badly, your head looked hurt.”

I remembered swirling Red Dust. Piles and piles of it getting blown up into the air. Red Dust everywhere. My recurring nightmare of Orion. I suppress the shiver that’s beginning to crawl down my spine.

“It still hurts,” I say. I wonder how much of my nightmare is real.

“You took some pretty serious damage. When Raynar brought you, you were drifting in and out of consciousness. We had to decide what to do.”

“You could have left me.”

“Reed wanted to. Tessa made him reconsider,”

I absorbed that piece of information. “And you?”

“Tessa managed to snap me out of my stasis. Then when we got here she had everything she needed to help me heal.”

I nodded. There were still things that didn’t make sense but at least I understood where we were and how we had got here.

“You’re just so predictable,” Ellie smirked and herded me outside.

Sanctuaries are sophisticated stations. Everyone there has some kind of story. Some complex reason for their presence at a place where politics as usual do not compute.

To understand this consider that space is really big. Way bigger than anyone can imagine. Its vastness makes waystations, Sanctuaries necessary. But Sanctuaries are expensive to run and expensive to maintain. They provide little by way of profit if they were to be run that way. Corporations do not want to provide them.

Governments can’t. A Sanctuary would constitute a governmental presence. It would have to be defended so a military outpost would be established. Governments don’t have the clout to do that everywhere and they certainly don’t have the money. The Corporations could, but there is no money in it for them. So it’s left to private enterprise. Sanctuaries is the closest you’ll get to entrepreneurs in space.

The private consortiums that set up and run them are backed, rumour has it, by space pirates and criminal clans, but no one has ever proven anything.

My head still aches a little and one side of my body feels like it’s been through a metal press. Whatever they have been doing to me in the Healing Pod however seems to have helped. I can feel all my toes and fingers and my body moves just like before.

“This way,” Ellie points to a backstreet.

Sanctuaries are like rabbit warrens. They start off small and grow big as need dictates. This makes them a sort of gigantic mental onion. New layers appear on top of the old ones, bolted on and joined by walkways, tunnels and pneumatic tubes. Ellie somehow seems to have mapped this out.

We go up ladder after ladder, cross one walkway after another until we get to a plateau of sorts. 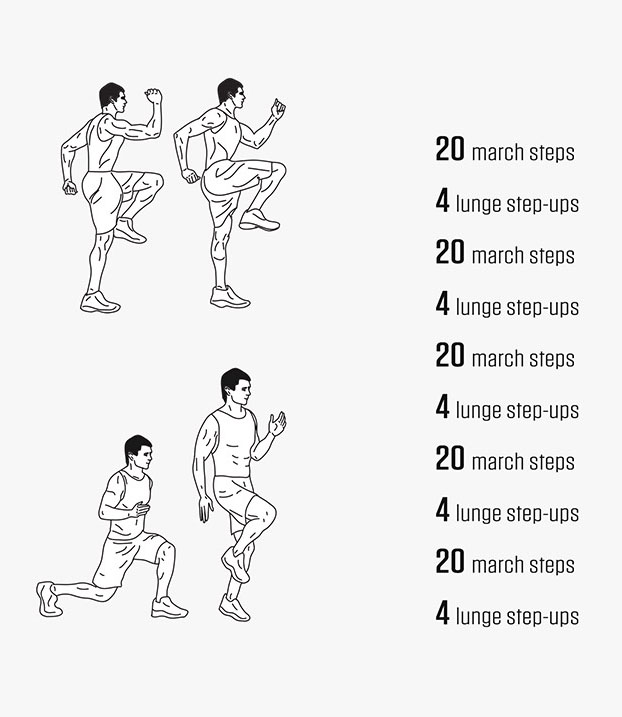 This place is crazy.

“We avoid drawing attention this way,” Ellie says by way of explanation.

It’s true. The few people we come across on the way are too busy with the pressure of their own lives to pay attention to us. We blend in. Just another two dwellers on a spinning chunk of metal, hanging in space.

“Why?” I ask her before we get to where the others are.

She stops and looks at me, momentarily weighing her answer. Finally: “No choice.”

“There are Regulators after us. Don’t know how. Or why. But we have to run and you might be the only one who can keep us alive long enough.”

“Raynar is a Regulator.” I say, puzzled.

“Well, there’s a bounty out on his head too.”

“What?” it’s fast becoming my favorite word talking to Ellie and I am beginning to dislike this shrinking of my vocabulary.

“Reed intercepted a transmission. He was doing his usual scans as we were trying to decide what to do next, looking for the nearest place we could safely go to, when he came across a high-end transmission. Full encryption. It’s an all-out alert. You, Raynar, Sam too apparently, though I guess she’s now gone. Me and Reed. We are a band of brothers and sisters whether we want to or not, it seems.”

It was hard to tell if she was serious. “OK,”

I didn’t but I couldn’t tell her that. Something did not quite add up here but that was OK too. I would work it out.

The place where Raynar, Reed and Tessa are meeting the Sanctuary’s negotiation team is all chrome and glass. The juxtaposition with the jerry-rigged layers we crossed to get there is not lost on me.

We’re shown in by two goons in exoskeletons. Kinda puts you on edge when you have nothing but flesh and blood to work with, yourself.

“Ah, the recovering party,” says one of the Sanctuary’s negotiators as we enter. Is there an undertone of irony in his voice?

I sit next to Raynar, Ellie next to Tessa. “What have I missed?” I ask. There are six of them, sitting stone-faced across from us.

“The Sanctuary shakedown routine,” growls Raynar and I begin to understand the undertone of irony I detected in the Sanctuary negotiator’s voice.

“We prefer to call it bargaining,” says the same negotiator that spoke before, but there’s no rancor in his voice.

“They want our ship,” explains Reed.

“Ah,” I say. “We can’t just yet swim through space,” out of the corner of my eye I catch Ellie giggle before she remembers just how dire our situation is.

“We let you in and gave you medical assistance,” the Sanctuary negotiator is talking again. He’s the only one whose face is at all animated. The others might as well be automatons. They sit there looking at us.

As a psychological ploy it works. They add weight to everything said without shifting a muscle. But there is more here. I have seen this before and I know what it is. To test it I make a proposition.

“What if we leased you our ship instead? Let you use it for a specified length of time?” Raynar turns his head sharply to look at me and Reed and Tessa look crestfallen. I can’t read quite what Ellie is thinking. My suggestion does the trick. I watch as the Sanctuary negotiator that has been talking smiles to hide the slow blink as he is thinking it over. Neural link. The team of six, in front of us, is talking to each other. They are studying us, analyzing our every move, and feeding suggestions to the talker in their midst.

“How would we work out what length of time is fair?” asks the talker eventually.

There are several options open to me now. When you know how someone works you understand the structure of their approach and you can disrupt it. I could have Reed try some of his magic and see if he can use his implants to intercept or disrupt the communication between the members of the Sanctuary’s negotiating team, but that’s risky. First of all it’s an attack, however covert. Secondly, if it doesn’t work we are in a pickle. Maybe not quite the same pickle as back there on the mining planet with the Cannibals, but a pickle nonetheless.

I choose to do something else entirely. “Regulators are after us,” I say. I ignore the combined gasps of Ellie, Tessa, Reed and Raynar.

“You seem to have an unusual style of bargaining,” the talker smiles strangely, “I can see now why they wanted you here.”

“I’m not bargaining,” I say, “Cards on the table. You want our ship. We can’t give it to you. Yet we owe you for your help. Our heads are worth a lot, but you can’t take them. Not without ceding Sanctuary status which then lays open all sorts of issues.

“What are you offering instead?”

“A trade. We each have skills. Use us for them. We will exchange know-how, help you upgrade your knowledge base.” He is quiet and I know I am hitting home. Sanctuaries are like islands. Essentially isolated. Knowledge and skill sets is something they get only when people stay.

After a pause, “What kind of skills?”

“Weapons and tactics,” I nod towards Raynar, “medical,” I look at Tessa, “maybe we might even help you shorten that neural link communication gap,” I point with my chin at Reed. I see the Sanctuary negotiator momentarily stiffen, then, a moment later relax. “You are interesting,” he says at last. “I can see why they need you.”

“Do we have a deal?” This time he doesn’t even try to hide the fact that he is communicating with his colleagues.

“Yes, we do,’ he says at last and reaching across the table offers me his open hand. “Name’s Oscar,” he says.