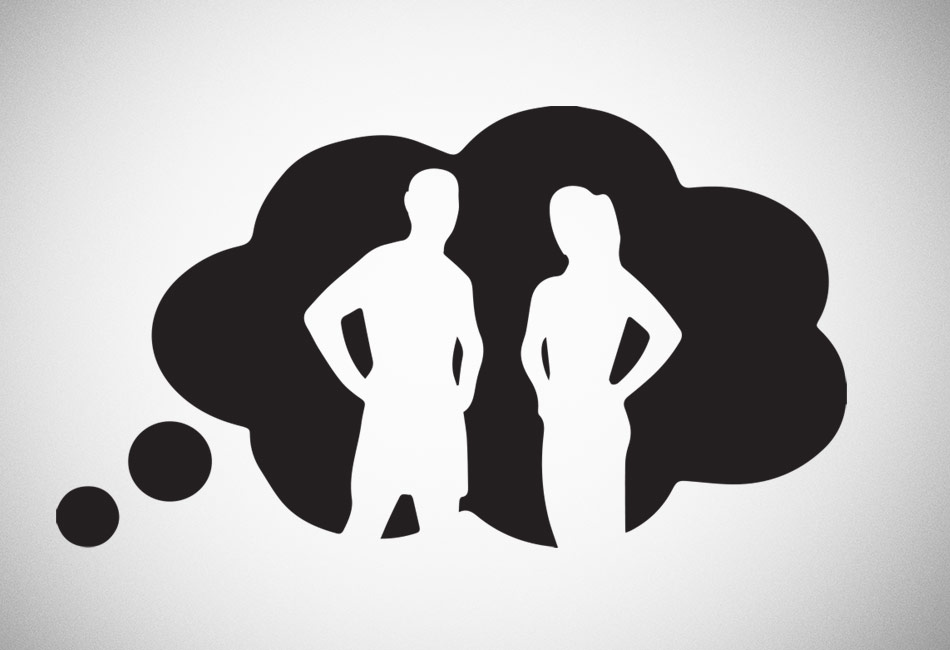 The brain is housed inside the body. The two are connected through the central nervous system and share a complex neurobiochemical messaging system that allows one to influence the other. In order for the body to do anything the brain has to first model it in its mental computations. This is why exercises with complex motorneuron moves increase brain health and actually make us smarter.

Because the brain packs very complex circuitry in a really tight space it doesn’t have redundant neural circuits to be used when someone is thinking about doing something as opposed to actually doing it. In practical terms this means that when we are going through an exercise routine in our head or are visualizing a particular goal like performing a complex move, doing a particular workout or thinking about working out the neurobiological responses are virtually identical to if we were physically involved.

A 2012, informal study, commissioned by a movie rental service and carried out by University of Westminster researchers showed that when watching a particularly effective horror film, our heart rate goes up, metabolic stress increases and we actually burn more calories even if we are just sitting down. While that particular study was limited in scope other evidence has come in since that actively thinking about a process or its end goal increases the mental and physical engagement [1] we experience.

In psychology this effect is called embodied cognition[2] and its most obvious example is when we watch an action movie with thrilling fight scenes we afterwards feel ourselves inclined to be more physically active.

You Are What You Think

A more recent study[3] looked at physical performance based on DNA and used over 200 volunteers of both sexes to test it out. The real point of the study however was to see how people performed physically when they thought their DNA held them back. Unsurprisingly perhaps the results showed that the people who’d been told that they just weren’t made to be very athletic performed worse than before the supposed DNA test they’d been given. Their belief of what they could or could not do determined the reality of their physical performance and visibly affected their fitness.

In a different but related set of studies [4, 5], volunteers were given a set of exercises to rehearse, in detail, mentally for 15 minutes, five times a week. They had to follow this regime for a whole month. Strength measurements were taken before and after the month and during the time they had to do their mental exercise, called motor imagery, the volunteers were forbidden from working out. At the end of the month all of them registered an eight per cent increase in strength with one woman clocking up 33 per cent.

Motor imagery uses the brain to model physical movement in the real world. To do so it has to engage neural pathways that actually move the body in the real world. Repeated thinking about it (i.e. repeated imagery of specific actions performed mentally) activates and reinforces these neural connections and this leads to an improvement in voluntary activation [6, 7, 8, 9]. Voluntary activation is the degree to which motor units are recruited to perform a particular movement [10] and it has been recognized as one of the components of strength.

The more motor units can be recruited to perform a movement, the stronger a muscle group becomes. The initial signal to start the movement comes from the brain that must send a signal to the muscles. When the neural pathways that control the movement in the brain are stronger, the signal the muscles receive is stronger too and they can generate more power.

Motor imagery has been shown to deliver improvements in physical performance in areas as diverse as running [11], martial arts and weight lifting [12] proving that the cognitive element of who we are, the stuff that goes on inside our head, is an integral part of what our body can do.

Age Is A Mindset

Age then is a synthesis of overall health at a both physical and mental level. Overall health is governed by our levels of physical and mental activity and our willingness to engage in that activity is governed by our attitude, or mindset. The mindset, in turn, is controlled by a complex interaction between what our body experiences [14], our brain can think [15] and the microbiome in our gut can communicate [16].

Getting up and doing stuff, being active and getting physical is not something we can avoid if we wasn’t to stay younger, be healthy and feel good. At the same time our long-term, sustainable strategy to fitness. Health and longevity has to take into account the fact that our mindset is key. How we think affects how we feel which determines how we act.

The mind and body are one. Being fit, strong and healthy is an inside and out job. The brain is our constant partner in a fitness journey that only gets better and maybe easier the more of ourselves we immerse in it.