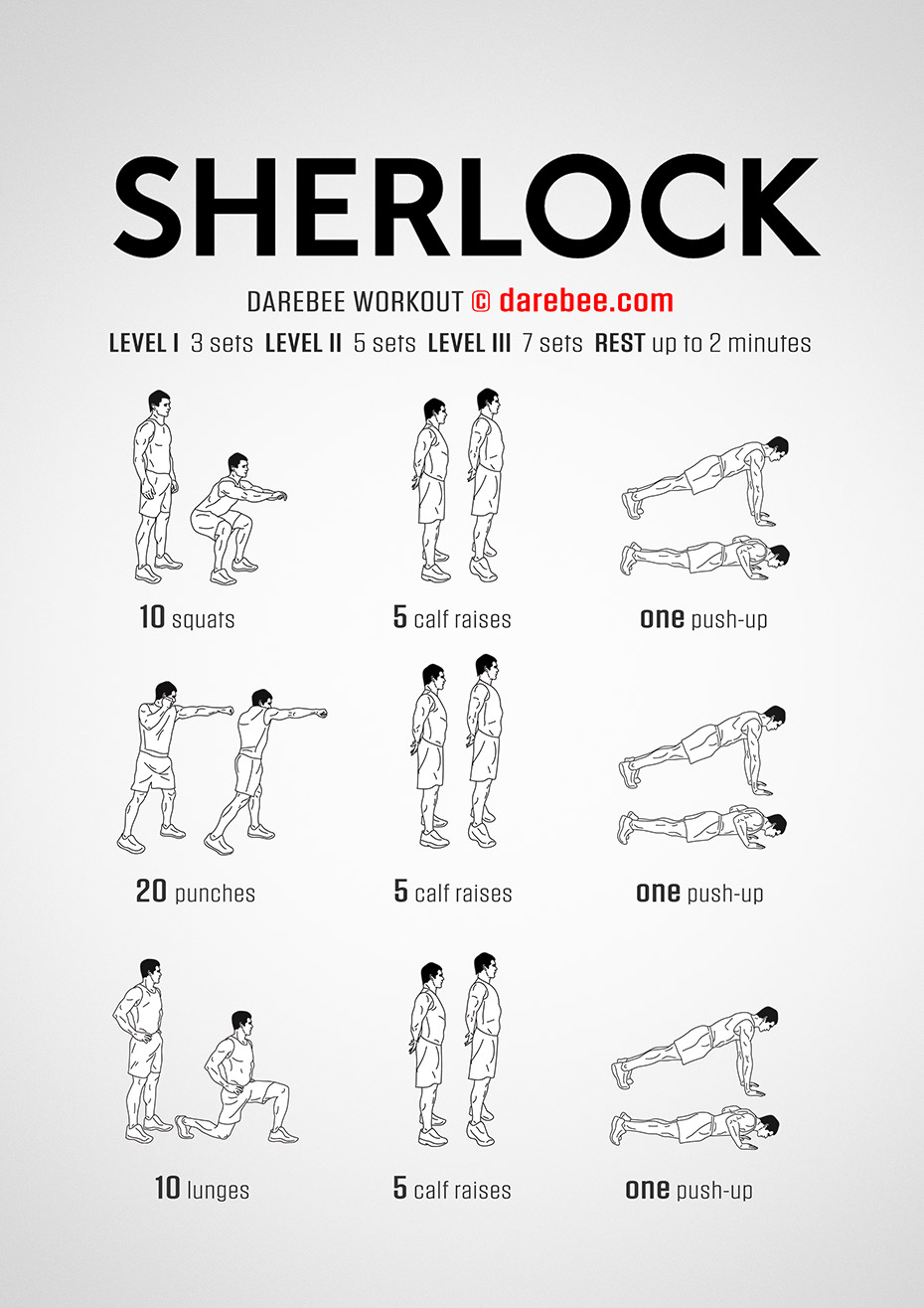 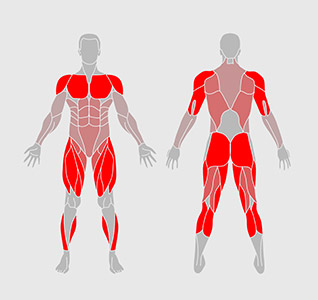 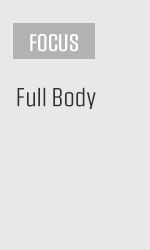 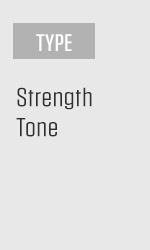 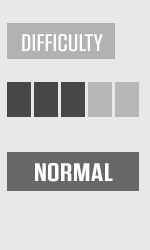 Sherlock Holmes holds a special place in our hearts as the man who predated Mr Spock and made analytical, logical thinking sexy. What may not be so well known about him is the fact that he also was good with a sword (he carried a swordcane), could shoot a pistol (as all English aristocracy could, at the time) and was a pugilist who was not above using his fists. The body was, for Sherlock, a vehicle. A tool he used to get about and he made sure it was as honed as possible without him getting too sentimental about it. The Sherlock work out will make a little stronger, a little more agile, with a snap to your step and improved endurance. And because exercise and cognitive performance are linked, after each workout you will also be at least two to three IQ points smarter.
Extra Credit: 30 seconds rest between sets.

Current funding status: low
What does this mean?
DAREBEE is a non-profit free, ad-free and product placement free global fitness resource. DAREBEE is supported exclusively via user donations.
Disclaimer & Privacy Policy. © 2021 DAREBEE | formerly NeilaRey.com  | All Rights Reserved. This website uses Cookies.
All of the materials on this website are unique, copyrighted and are exclusive to darebee.com. Contact DAREBEE administration