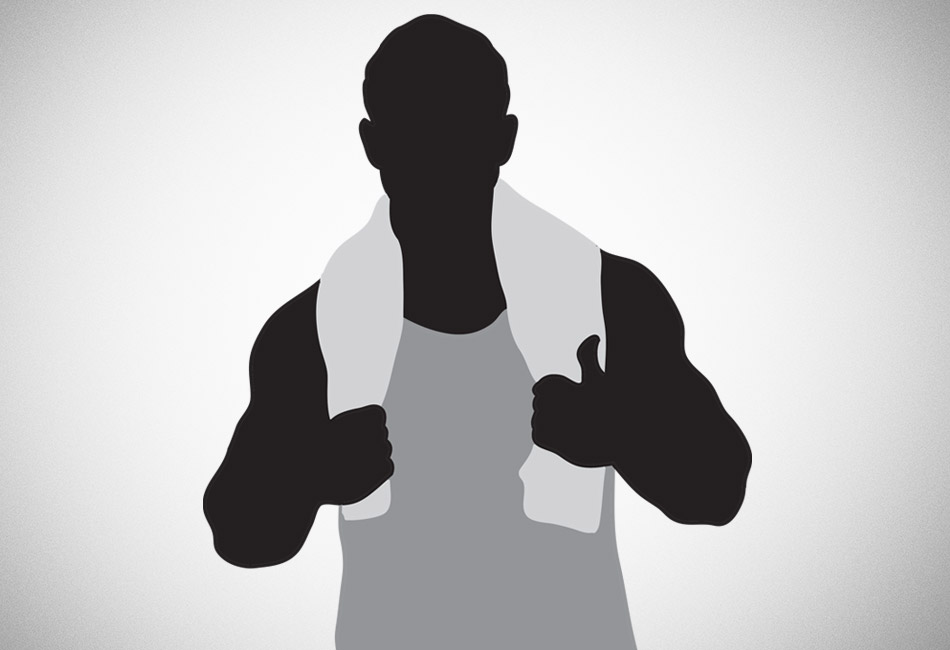 Before we answer that we will look at what sweating really does for us. Sweat is composed primarily of three ingredients: water, lactate and urea. The last of these ingredients is also present in the bladder. Amino acids are used by the body to create protein, which helps build muscle through a metabolic process that also produces ammonia as a byproduct. Ammonia is toxic to the body and urea helps bind it and safely remove it. In addition sweat has an antimicrobial action which researchers at Eberhard-Karls University in Tübingen, Germany found could kill microbes such as E.coli and the yeast, Candida Albicans. The primary action of sweat however is to cool the body down and prevent loss of performance due to heat stress. To do that the body uses two different types of sweat glands: eccrine, found all over the body and apocrine that are found primarily in the armpits, head and groin area.

The process of cooling through sweat is called perspiration and, in the whole of the animal kingdom, we are unique in the number and distribution of sweat glands on our bodies. Because of that distribution we are actually champion sweaters. We can thermoregulate our bodies far better than any other mammal on the planet which makes us capable of tremendous feats of endurance, like running marathons or working all day even in hot environments.

In fact, we are so good at sweating that a study published in the Brazilian Journal of Medical and Biological Research showed that there is little difference in the ability as we age and not much separates, in that respect, children, seasoned athletes and older people.

Because sweat is 99% water and we can lose quite a lot of it during exercise in hot weather our bodies do get lighter. However this is not real weightloss. The weight comes back on the moment we drink some water to replenish the fluids we have lost and rehydrate. Classic examples of this are boxing matches where boxers frequently need to make the weight for their division and go for lengthy runs wearing a sweatsuit or sit in a sauna to help reduce the body’s content of water.

Dehydration however seriously impairs physical performance. As little as 2% of body weight loss in water is enough to affect the way the muscles work and losses in excess of 5% of body weight can, according to scientific studies, decrease the capacity for work by about 30%. Boxers return to their normal weight immediately after the weigh in as they rehydrate for up to twenty-four hours before their fight.

Rehydration after exercise is not just important but also critical to our wellness after prolonged, heavy exercise and a lot of sweating studies have confirmed that the best way to rehydrate is through a sports drink rich in electrolytes rather than just plain water or a diet cola. Spending time in a sauna, hoping that by sweating we can achieve weight loss, or running swathed in plastic, is not only useless but it can also be dangerous to our health.

A study conducted by the Laboratory for Human Performance Research, Osaka International University, found that men, generally, sweat more than women and the harder the intensity of the exercise the more pronounced is the difference. The theory is that as women’s bodies, generally, contain less fluid, this is an adaptation strategy for long-term survival and it may be linked to testosterone production.

Both sexes however, benefit equally by judging their fluid intake during exercise. A 2003 study published in the Journal of Sports Science  found that “The amounts of water, carbohydrate and salt that athletes are advised to ingest during exercise are based upon their effectiveness in attenuating both fatigue as well as illness due to hyperthermia, dehydration or hyperhydration.” In other words, if the weather is hot and we’re exercising, or if we are going to spend hours pushing our body hard, how much water we drink before and during exercise affects how quickly our muscles will get tired.

Because we don’t start to sweat until our body temperature begins to rise, sweating is a good indicator of the intensity of our exercise. A massive study involving 200,000 Australians, published in the prestigious JAMA Internal Medicine Journal, found that there is a direct link between high intensity activity, done frequently and a long and healthy life.

So, walking and gentle exercise may be OK to get things moving for us but until we feel those droplets of sweat breaking through the hairline we’re not really working hard enough to really make a long-term difference to our quality of life. HIIT and the short, sharp bursts of activity that we promote at Darebee can deliver results to match almost any fitness goal. Women, the studies show, need to work harder than men to break a sweat and feel the benefits.

Sweating helps us cool down so our muscles can function properly. It has no effect on weight loss so by increasing the rate at which we sweat (by using a sweatsuit, for example or even a plastic bin liner) we only increase the rate at which our body dehydrates.

Dehydration is responsible for:

All of these are bad for us. They tire us out faster and impede our performance. Staying hydrated by drinking enough fluids before and during training is key to maintaining our performance. Being in the ‘sweat zone’ is a great indicator of the intensity of our training.