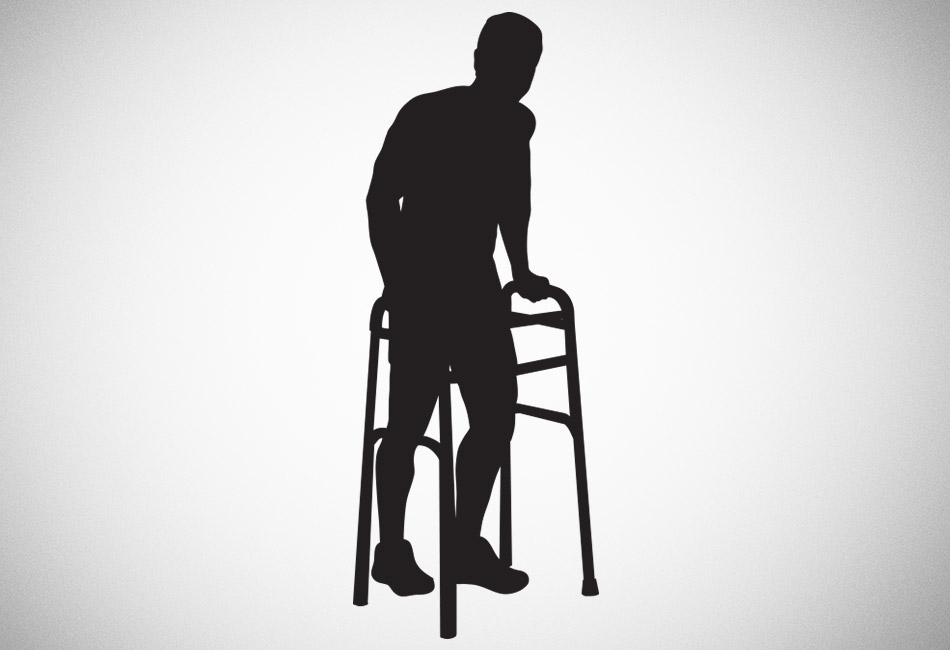 Post-Workout Soreness and How to Deal With It

Pain experienced by the body is always a signal. Yet, never has there been so much discussion and confusion over what the pain signal exactly means than when it comes to the experience of Delayed Onset Muscle Soreness (DOMS for short).

There’s so much about DOMS that science yet doesn’t know that it’s best to begin with what we actually do know and can scientifically prove.

Delayed Onset Muscle Soreness is caused, primarily, by exercise that has mostly eccentric movements (i.e. exercise that causes lengthening of the muscle) under load. Resistance work (weights, running downhill, cycling under pressure, bunny-hopping, etc) will cause DOMS each time the muscles are subjected to controlled extensions that apply loads greater than they are normally used to.

Studies of muscle tissue in untrained volunteers who did resistance exercises with eccentric movements showed that there is visible muscle damage. The micro-tears that occur in the muscle fiber during such exercise trigger a series of events that include temporary inflammation of the muscle tissue and a sensitization of nerve endings. All of this is part of the body’s adaptation response which helps muscles change and strength increase and, hypothetically at least, also causes DOMS.

But DOMS has been reported even when there hasn’t been a lot of eccentric work done and there is no visible muscle tissue damage. In these cases the culprit is metabolic stress. In particular a high concentration of lactate, hydrogen ions and oxygen radicals concentration levels of all of these increase with exercise and when they’re combined they can cause structural damage to cell membranes. Cells whose membranes have been compromised are entered by fluids and other chemical substances which then trigger the inflammation response.

So, to summarize this section DOMS is caused by exercise that lengthens the muscles under load. Poorly trained people will experience it more than those who are physically fitter. The load placed on the muscles is less important than the type of exercise performed. Exercise intensity is not a good indicator of the onset of DOMS as duration may cause the chemical cocktail of compounds in the bloodstream that can also bring it about. By the same token a number of prestigious studies have shown that DOMS should not be used as an indicator of exercise intensity.

How Does DOMS Affect Us?

Pain is hard to ignore. DOMS works on several levels. First, psychologically, depending on the intensity of the pain being felt it tends to put people off exercise. Seeing how it affects newbies to exercise more than trained people it is often responsible for beginners dropping out of training programs that have caused acute DOMS. The effects don’t stop there. Muscle output when DOMS is being felt is lower than usual which indicates that the muscles are also weaker.

Because DOMS directly affect muscle movement they also decrease our degrees of freedom when exercising and constrain our ability to move properly. This impacts on the quality of the workout when DOMS is being experienced, even when the workout is done by experienced athletes.

In very bad cases DOMS may actually cause a slight temperature (remember it is an inflammatory response), though this is unusual.

Can We Prevent DOMS?

To answer this correctly we need to understand how DOMS is actually reported by the body to the brain (which is where pain is actually felt). The science that looks into pain pathways has focused, primarily on nociceptors. Nociceptors are relatively unspecialized nerve cell endings that initiate the sensation of pain in the body. We call them relatively unspecialized because they are usually responsive to mechanical or thermal stimuli and some of them are polymodal and respond to both mechanical and thermal stimuli, where they report potential damage to muscle tissue at different neural speeds and different threshold levels.

While this may sound complicated what it really means is that there are three different types of receptors at the end of some neurons’ axons (the free nerve endings at the end of a neuron) that respond to the built up of specific inflammation-inducing chemicals around the muscle cells and report that to the brain as pain.

That gives us also the first real clue as to how we can prevent DOMS to some extent. Because the reporting of the pain signal is in direct response to the presence of some kind of stimulus preventing DOMS entirely is impossible. However there are some things that can be done to help ease the pain. Before we look at them it is worth busting some myths about DOMS prevention.

Ice-cold baths (cryotherapy). The latest review of studies shows that there is no compelling evidence to show that whole-body cryotherapy (WBC) has any impact on reducing DOMS. So, if you’re counting on immersing yourself in a tab of ice afterwards to help prevent DOMS science currently says you’re wasting your time (and precious ice-cubes).

Hot baths (thermotherapy). While hot baths may relax the muscles, aid overall circulation and create a deep feeling of relaxation there is no real scientific evidence that they help relieve DOMS.

Warming-up properly. While a good warm-up should always be the start of your exercise routine studies show that warming-up prior to exercising has zero effect on preventing DOMS.

Aspirin. When it comes to preventative medicine marathoners have given us the use of aspirin which some take religiously before a race to prevent DOMS and also thin the blood and reduce the risk of suffering thrombosis or strokes due to dehydration. The evidence to date suggests that aspirin and its family of non-steroidal anti-inflammation drugs (NSAIDS) which includes Ibuprofen, Naproxen and paracetamol, have little to no effect on preventing DOMS.

So, what works? Evidence, again, shows that using a foam roller after exercise helps relieve some of the intensity of DOMS. It does not make it go away, however. Similarly self-administered or a professional massage helps ease some of the pain and it may shorten the recovery time, but again it will not stop DOMS from being experienced.

Coffee. Caffeine, apparently works helping reduce soreness post-workout and, in some cases, completely relieve it. Caffeine is an adenosine receptors blocker. Adenosine is a neurotransmitter that has inhibitory action. It naturally builds up in the body every hour we remain awake and it is a neural depressant. It makes us less alert, fatigued and sleepy. Caffeine blocks the adenosine receptors so it negates some of the action of adenosine built-up. The research evidence shows that caffeine helps us increase the intensity of our workouts while at the same time it reduces the levels of pain we experience from DOMS.

Taurine. Seeing how DOMS appears to be produced by a combination of inflammation of the muscles and oxidative stress, the best pathways to reducing its effects is to attack either one or both of these. Taurine, does exactly that when it comes to oxidative stress. Taurine is an amino sulfonic acid, but it is often referred to as an amino acid and it is used as a building block of protein. Taurine is found in large amounts in the brain, retina, heart, and blood cells called platelets. The best food sources are meat and fish. Taurine’s strong anti-oxidant properties help it reduce the oxidative stress felt by muscles, post-workout and while it may not prevent the onset of DOMS studies show that it will reduce the amount of pain felt and it will speed up recovery time from DOMS.

Fish oils. Omega-3 fatty acids contained in fish oil are eicosapentaenoic acid (EPA) and docosahexaenoic acid (DHA). Both of these have a strong anti-inflammatory action which helps suppress one of the two active legs of DOMS (the other one being oxidation). Popping a fish-oil supplement pill pre- or post-workout may help reduce DOMS plus it has a whole lot of other beneficial effects.

Berries. Well, it would appear that the anti-oxidant properties of berries go some way towards addressing the oxidating aspect of the DOMS-producing condition and they help relieve some of its worst excesses. Whether you go for that cherry tart you’ve always wanted to consume guilt-free or load up on berries with your low-fat yoghurt, the fact remains that they go some way towards easing the worst effects of DOMS.

Usually DOMS, depending on its intensity, lasts anywhere between a week and ten days. With repeated exercise the length of time it takes to recover from DOMS shortens. Light exercise may help speed up recovery in some cases but it really depends on the severity of DOMS and there are no credible studies that have been carried out in this area just yet.

DOMS will happen to you at some point and there is nothing you can do to prevent it. However, there are things you can do to help yourself feel less of its intensity and there are things you can do that help speed up recovery. The key thing to remember is that using DOMS as a way of gauging the effectiveness of a workout is neither scientifically reliable nor empirically practical. Because DOMS happens to all of us at some point, when it does, do not be discouraged. Accept it, be patient and persevere with your training.