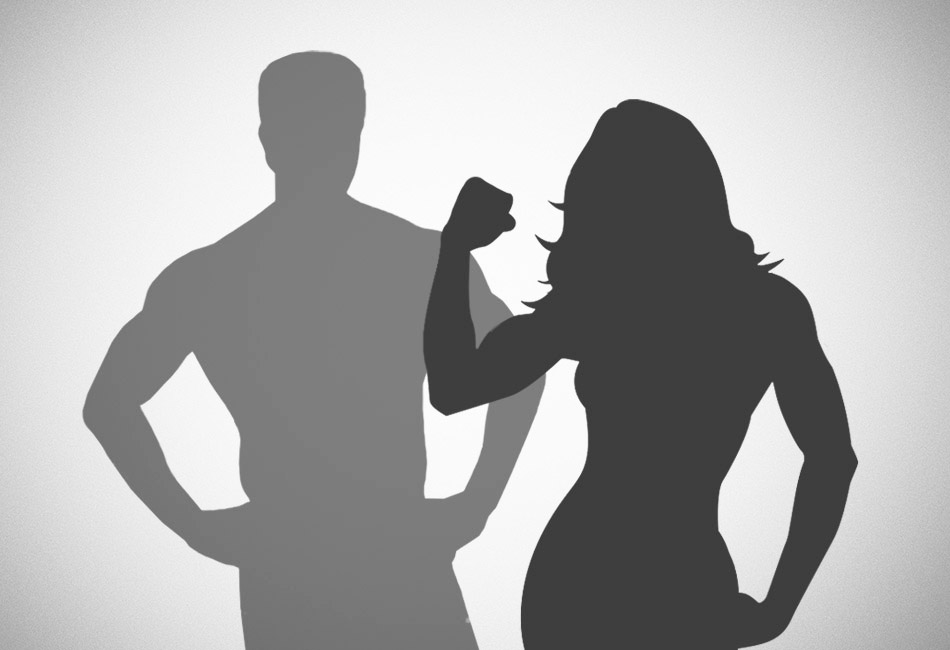 How to lose weight & gain muscle

The question of how to lose fat and gain muscle is at the heart of almost every fitness activity. Before we get into what has to be done to achieve both at the same time it’ll help to understand the mechanisms involved. Weight loss and a reduction in body fat are the result of creating an energy deficit in the body. In other words when we eat fewer calories than we spend the body cuts into its stored fat reserves and we become leaner.

Muscle gain and an increase in weight is the result of an energy surplus. This means we eat more than we burn but train hard enough for the body to use the surplus energy to repair muscle fiber and build new one. Because muscle is expensive to build and expensive to maintain the surplus is only used up to build muscle if we train consistently at a challenging rate.

The description above is an oversimplification, mainly because the moment we start to have less calories than we need or more than we can use there are complex endocrinal processes that kick in when a particular threshold level is reached and the body’s metabolic efficiency is adjusted, alongside other homeostatic metabolic adaptations aimed at reducing or increasing energy expenditure. It is this complexity that in most cases makes it hard to lose weight permanently by dieting alone or put on muscle effectively just by eating more.

For our purposes, however, the oversimplification is good enough. The link between gaining muscle and losing fat is energy. The body is an adaptive machine. It needs energy to keep itself going, its processes functioning and its survival needs met. In order for fat reserves to be used up the body’s survival mechanism must be maintained at an even keel. Diet too abruptly, create too steep a drop in calorie intake and the body will think it is in danger of starving. It will slow down its burning of fat, optimize its energy needs and you will find it hard to shift a gram, no matter how hard you diet.

Because energy is so important what happens to the body depends not just on how many calories it takes in but also what kind of calories they are and when they are consumed. Think of it like a sports car. You can’t expect to run the engine at full speed if you have used low-quality fuel.By the same token a full tank of high-grade octane petrol is useless if the car is sitting in the garage with the engine switched off.

The key then to losing fat and building muscle is to time the body’s energy intake to coincide with its particular needs. Studies have shown that athletes who increase their training intensity but keep their overall calorie intake the same maintain their body weight but shift their body composition, losing body fat and increasing muscle mass.

The same logic applies to gaining muscle while losing fat. Instead of keeping the calorie intake the same and increasing exercise intensity we increase both. But instead of flooding the body with excess calories when it is not doing that much, in which case most would be stored up as fat, we time our energy intake to coincide with the body’s muscle repair and growth needs.

In practical terms this means that we can eat a light, mostly protein meal during the day when we may not be very active and then have a main meal and carbs only after the day’s intensive workout is over. The first meal releases energy slowly, maintains our body’s processes and provides sufficient energy for our bodies to operate without triggering any alarms that could cause a slowdown in energy expenditure or a stockpiling of fat. The second meal provides the body with the energy it needs to repair muscle cells damaged by our workout and build new ones to compensate for the muscle power we need. .

This is called the adaptive stage where the body decides to build muscle because it thinks it is required in order to face the demands of our physical routines. The after-training meal can be pretty high on carbs as well as protein. As a matter of fact some bodybuilders eat pizza and ice-cream on this meal, alongside steak and eggs and their protein shake.

How is fat lost when muscle is built?

So far, this process has not produced an energy deficit that could use up fat. But what happens next does just that. The energy deficit that makes the body dig into its fat reserves and use them up, reducing body fat percentage, occurs only when there is a long enough interval between the last meal of the day and the first one.

Just how long that interval should be depends on a number of factors: physiology, age, sex and the existing amount of muscle that’s been built already. Some bodybuilders allow as many as 12 or 16 hours to pass between their last meal and the first one they will have the next day. During that time they eat nothing and the first meal of the day is extra-low on carbs.

During that interval the body uses up all of the energy it got at its last meal (which helps explain the pizza and ice-cream choices) to repair itself and build up more muscle and then, once it exhausts that it digs into what fat reserves it has.

The result is a process that increases muscle mass (and weight) while reducing body fat percentage, providing a lean, cut look that can be maintained all year round. The key factors here are: the intensity of the workouts, your personal physiology and the length of time between the first meal of the day and the last meal of the day before. You will need to keep track of what you do and experiment with it. Get it right and you will never find yourself forced to get into the bulk and cut cycles that leave you feeling exhausted and looking your best for only a brief time.