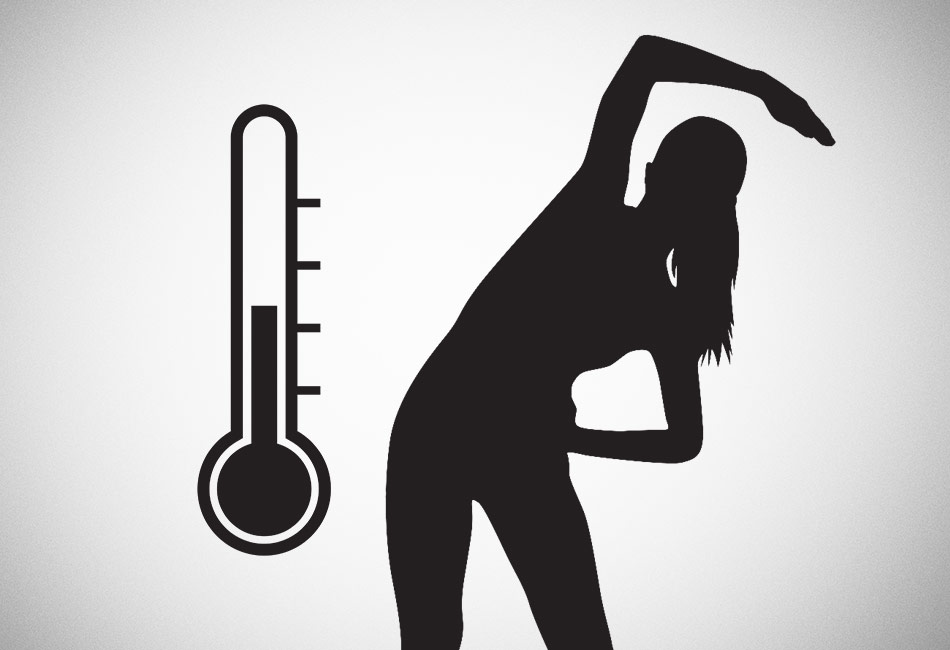 Exercising When You Are Sick

In winter many of us suffer from colds, runny noses and sneezes. We feel generally bad because of that but we also feel bad knowing that we may have to stop training while we recover. While conventional wisdom says you shouldn’t train while you’re ill, the real question is at which point does training help us recover from an illness we are suffering from and when should we take the hint and stay in, under the covers?

Conventional wisdom used to rely on anecdotal evidence that said that training while ill was bad for us because it put the immune system under pressure. It is our immune system that fights off colds and infections so that appeared to make sense. It is also true that while fighting off a cold most of us feel bad anyway, so our athletic performance is bound to be affected.

There are two key elements here that are central to the argument and it’s worth looking at them before we go and look at all the studies. The first one is the immune system. The best way to think of it is as a database of responses. Anything that is in its files becomes easy to pull up by the body and implement. Anything that isn’t requires a response that has to be built up from scratch so this will demand both greater time and more resources.

The second element to look at is the physical stress our body experiences. Exercise definitely places physical stress on our bodies which are then forced to adapt, increase the capability of our muscles, resulting in better endurance and more strength. Many of these adaptations are the result of the inflammatory response that occurs when excessive physical stress creates minute damage in the muscles that must be repaired. Physical stress also forces the body to learn to work in an aerobic and/or cardiovascular efficient manner which means that the internal systems necessary for supplying our muscles with oxygen and nutrients are hardened.

Exercising with a Cold

In order to understand just what happens when we exercise with a cold researchers looked at two things: the body’s immune response and athletic performance. If exercising while ill with a cold was really bad for us because it placed added stress to the body then the body’s immune response would be compromised and we would take longer to recover from the cold. Similarly, if the cold itself added extra load on our system then our athletic performance would definitely suffer because of it.

To discover whether any of this was true researchers infected with a common cold virus (called a rhinovirus) a group of people of varying levels of fitness aged 18 – 29. Prior to their being infected they took readings of their physical performance and aerobic capacity. They then measured both while they ran on a treadmill. What they found was that despite the fact that each individual had reported that they felt bad because of the cold, neither their breathing nor their athletic performance were affected.

In a different study where two groups of people were infected with a rhinovirus, one acted as the control group and was made to stay at home while the other had to continue with their active lifestyle, exactly as before. Both groups were closely monitored to record the response of their immune systems and the length of time it took them to recover. Apparently neither group took longer to recover or recovered faster from the cold but the group that continued to exercise reported that they felt better while they were recovering. That is most probably due to improved circulation and the release of the hormonal soup that exercise activates in our minds and bodies.

Even better news perhaps is the fact that as exercise it places the body under physical stress and elicits an inflammatory response from the muscles. This, in turn, hardens the immune system so that it is already geared up to respond. When a cold virus invades the body there is a small window of time during which it begins to take hold and the body struggles to recognize the threat and respond in sufficient time.

Studies have shown that regular exercise speeds up the body’s immune response which stops some colds from even developing and makes others feel a lot less severe. So, regular exercise, as you might expect makes us hardier and bodies that train are unaffected by a cold irrespective of how bad it makes us feel.

When To Take A Day Out Because You’re Ill

That doesn’t mean that you need to drag yourself to the gym no matter how you are feeling however. It is probably best to sit it out if you are experiencing any of these symptoms:

All of these signal a much heavier bout of a viral infection than your average cold and they should be taken seriously.

There is no reason to stop exercising just because you have a cold. Plus, exercising may just make it less likely that you will suffer from a cold, or catch a really bad one. Do, however, listen to your body. The link between what your body can do and what your mind wants it to do should always be one of synergy, not antagonism.

Eccentric exercise as an adjuvant to influenza vaccination in humans.

The effect of exercise training on the severity and duration of a viral upper respiratory illness.