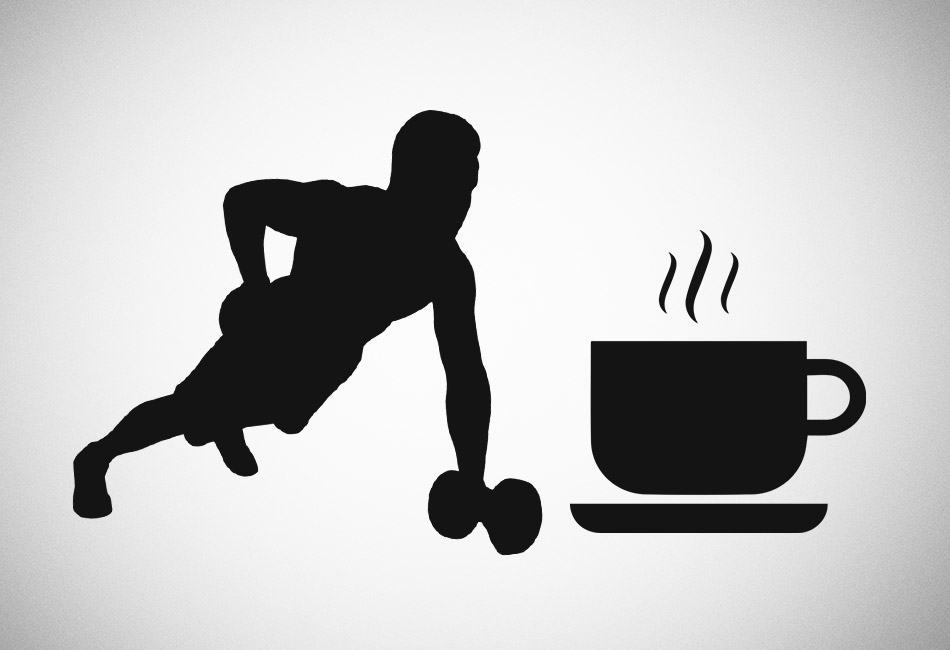 When it comes to coffee, a beverage we’ve been drinking since the 15th century there are three simple questions that matter:

Luckily, countless people have consumed an enormous amount of coffee under observation so we have some really good quality studies to draw answers from. The quick reply to the question “is coffee bad for you?” is “No. It is not.” That, however is insufficient which is why we need to look at all the benefits and whether there are any contraindications.

The effects of caffeine on endurance and speed in aerobic activities was further substantiated in a study carried out by researches from the Department of Sport Science, Christ Church College, Canterbury, UK[2]. Of particular interest in this study was the noted increase in VO2 Max exhibited by the runners.

Research carried out at the University of Nottingham found that drinking caffeine increases the activity of brown adipose tissue, the more popularly known as “brown fat” cells[3]. Brown fat has a higher thermogenic effect. This means that they burn a lot more fat to increase the body’s temperature. When we drink caffeine the activity of these cells goes up and the body burns more calories when compared to a non-drinker.

The effect caffeine has on the body’s metabolic rate is not new. It has been observed since the 1980s,[4] we now have a better understanding of the mechanism through which the increase in the metabolism happens and more energy is consumed by the body.

The University of Nottingham study found that this effect may wear off as the body becomes used to the levels of caffeine ingested, so it is noticeable only when the caffeine intake is increased, for instance so using coffee intake to control weight gain is not a reliable weight control strategy.

Coffee contains Polyphenol antioxidants.[5] Their action affects the way cells that line the inner walls of blood vessels function. As a result coffee drinking is associated with reduced risk of some cancers, heart disease, diabetes, osteoporosis and some neurological disorders. In addition, a study of 15 men and women carried out by the department of Pediatric Immunology, at the Tel Aviv University Sackler Faculty of Medicine in Israel discovered that drinking coffee modifies several of the clinical measures used to assess the healthy functioning of the immune system.[6] Coffee contains Ethylamine which primes the response of specific T-cells, which aid the body’s defense against infection. Additional studies have shown that filtered coffee in particular helps reduce systemic inflammatory biomarkers[7] (the ones that signal that our body is damaged and we are suffering from the early stages of disease) and have linked coffee drinking to longevity.

In the United States the National Institute of Health in association with the American Association of Retired Persons carried out a self-administered study of 3.5 million individuals, screening for a number of variables. The study, published by the National cancer Institute, showed that coffee drinking provided a moderate protection factor against cutaneous melanoma (a.k.a. skin cancer)[8].

Another study, published in The American Journal of Epidemiology, followed almost a million men and women over a period of 26 years showed that coffee consumption can decrease the risk of mouth and throat cancer by as much as 50%.[9]

Coffee’s cancer-fighting properties were further validated by a study carried out by Dr. Carlo La Vecchia, from Milan's Istituto di Ricerche Farmacologiche Mario Negri. Carrying out an in-depth meta-analysis of over 3,000 cases reported in 16 high-quality studies, Dr. La Vecchia discovered that coffee consumption can reduce the risk of liver cancer by as much as 50%.[10]

In a Harvard University study from 2011 that followed over 50,000 women suffering from some form of depression showed that those who drank the most coffee had a 20% lower risk of becoming depressed.[11]

In a review of three studies covering over 200,000 people whose lifestyle choices were under review, it emerged that people who drank four or more cups of coffee per day were 53% less likely to commit suicide.[12]

In the United Kingdom a study of half a million individuals whose health was screened for lifestyle choices and followed over a period of 10 years. The mean age of the participants was 57 years (range, 38-73 years); 271 019 (54%) were female, and 387 494 (78%). The study[13] correlated the consumption of coffee with longer lifespans.

The study was not detailed enough to discover the mechanism or various pathways through which coffee drinking affects human mortality rates. However, what was of direct interest in this particular study was that even decaffeinated coffee appeared to help increase human lifespans which suggests that the benefits derived stem from the biochemical compounds found in coffee other than caffeine.

Any Adverse Effects from Drinking Coffee?

So far every study set up to look at the potential adverse effects of coffee has succeeded in delivering the opposite. Coffee drinking was flagged up as causing potential cancer due to one of the chemicals used in its processing. The chemical in question is acrylamide. It was mentioned in the New York Times and the State of California, by law, has to provide a warning. Harvard Medical School reviewers consider it an over-reaction that’s triggered by a legal rather than a medical requirements.

Other warnings that have cropped up in relation to coffee have to do with over-consumption. 1,000mg of caffeine (approximately five cups of espresso coffee) have been shown to cause conception problems, increased episodes of heartburn, and changes in bowel habits.

Of far greater importance is the question of what effect coffee and caffeine have on the many vitamins and minerals we need in order to feel strong and healthy. A meta-analysis[14] of several studies on the subject found that caffeine is associated with depletion of vitamin B in the body and interference in the absorption of minerals such as calcium, iron and magnesium. Iron in particular is necessary for athletic endurance and the adequate oxygenation of the brain and muscles. A study[15] that examined the specific mechanism through which coffee interferes with iron absorption found that even the smallest amount (5 mg) inhibited absorption by 20 per cent, 25 mg by 67 per cent and 100 mg by 88 per cent.

This means that if you've drunk coffee within an hour or two on either side of a meal or if you're in the habit of accompanying your meal with coffee the phenolic compounds that give coffee so many of its benefits are, unfortunately, also responsible for iron depletion because they bind to the metal so well.[16] The way round that is to time coffee drinking so it doesn't interfere with your meals and nutrient absorption.

Coffee allows you to train harder and longer. Its effects become apparent within 15 minutes of drinking it and can last up to six hours. It’s a psychoactive drug, which means it affects both the brain and the body. Reaction time and metabolism speed up and so does the burning up of subcutaneous fat, though the latter is dependent on how used a person is to drinking a lot of coffee. Excessive coffee drinking may have some side-effects, overall though the benefits far outweigh anything we know that is negative. Provided you don’t overdo it your health and athletic performance will most likely benefit from it. Finally timing your coffee drinking so that it doesn't coincide with your meals or it doesn't take place too close to meal time is the best way to ensure that the phenolic compounds present in coffee do not interfere with the way to body absorbs essential nutrients from food.