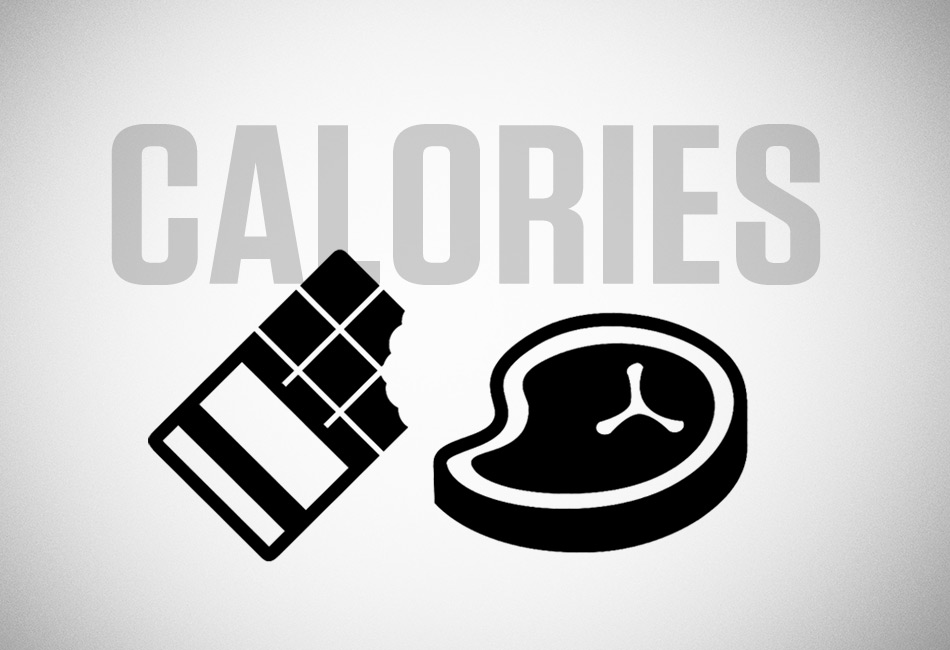 All food has a set energy value which determines the amount of energy it can give us once consumed. How much energy you need in order to function is determined partly by your gender and age but mostly it’s determined by your lifestyle. The more active your lifestyle is the higher your energy needs are going to be.

The energy all food contains is usually measured in Calories (with a big C) which is short for kilocalories. 1 Kilocalorie  = 1000 calories (small c) = 1 Calorie (big C).

What is one Calorie? It’s a measure of energy. One Calorie is the amount of energy it takes to heat one kilogram of water 1°C at sea level. The term was originally used in engineering and physics but eventually it migrated to nutrition.

How calories are calculated? The current way of calculating calories in food uses the Atwater system where the calorific value is calculated directly by adding the total calorie content of each of the ingredients in the food (protein, carbohydrate, fat and alcohol) minus the fiber component which is subtracted from carbohydrates before the calories they contain are calculated.

An average person on an average day will need roughly 2000 Calories to live and function. Someone with an active lifestyle will need a lot more and someone looking to reduce their weight should aim for a caloric deficit consuming less than their required amount in order to dig into the body’s natural energy reserves - fat cells.

Although Calorie counting can be very handy if you want to keep yourself in-check there are a few things we should keep in mind when you count them.

The thermic effect of food

No food gets through the body without being processed and processing requires energy that’s subtracted from the food itself. On average, roughly 10% of the total energy value consumed will be used up in order to metabolize it but different types of food will be processed differently due to different cellular structure and use up more (or less) of the total. The list below gives you an idea of the percentage of a food’s intake that goes into processing it fully:

So when counting calories allow yourself a margin of error. There are a lot of variables involved at the processing stage to preclude it being an exact science.

Meat being mostly protein, for example, has a complex cellular structure that takes a lot of processing to break down and requires quite a lot of energy to digest. So once a steak has been eaten and digested on an ‘average’ day for an ‘average’ person, the net number of calories it actually gives you will be roughly 30% fewer than what the steak contains before you eat it. For every 100 calories only roughly 70 will become available. And not right away, either.

Not all the energy is available to us right away after eating, because protein takes longer to digest the energy is released slower keeping us fuller longer. Carbs, on the other hand, being the body’s preferred source of energy are digested faster wasting very little of themselves in the process and they release instant energy to be used right away, which is why we love eating a bar of chocolate.

Alas, when there is no need of energy expenditure, that energy is reserved for later use… so it goes straight into the fat cells. Any energy that is not wasted is kept by the body no matter where that energy came from - protein, carbs or fat. Because it takes longer to digest protein and the energy is released slower it’s also easier to manage and use up throughout the day and less of it is kept for later.

That’s why it’s more preferable to eat half a steak with the calorific value of a chocolate bar rather than an actual chocolate bar. Despite being equal in caloric value the two items are far from being equal. The steak will keep you full for a while where’s you will still be hungry 20 minutes after you’ve eaten the chocolate bar.

The harder something is to process the longer it’ll take to be fully used by the body and the more energy will be used up in the process but that’s not reflected in the calorie values before you eat it. A whole grain cheddar cheese sandwich, for example, will have the same caloric value as a white bread based sandwich with processed cheese but the first one, apart from being more nutritious, will require more energy and time for digestion because of the complexity of the whole grain and it will deliver only half of the initial calorific value to the body. A white bread, processed cheese sandwich on the other hand doesn’t cost you the same number of calories to process so you will have a lot more energy leftover to burn. The difference here is significant.

The two sandwiches might look like they have the same calories but they are not the same. The less processed something is the harder our bodies need to work in order to metabolize it which means the more of it is used up in the process leaving us with fewer calories to spare, afterwards.

It’s not as straight forward as basic math but it’s still extremely useful to know the initial value of your meal at least for reference’s sake. Even though there is a huge margin for error when it comes to actually adding things up the basics of it still work if your end goal is weight loss. Someone sticking to a 1500 calorie diet will lose weight simply because they are likely to consume a lot less than 1500 calories creating even further caloric deficit forcing their body to turn to its fat reserves for energy. The principal works but it’s not as precisely calculated as one would like. Calorie counting is a hit and miss game and it completely fails when your goal is to gain weight - that’s why eating more calories in general is not a solution for someone who is trying to put weight on.

Turning food into numbers is not for everybody either. It’s can be stressful and it can take the joy out of every meal. The same exact effect can be achieved with mindful eating and portion control. There is a reason we go for healthier whole foods and stick to high protein eating patterns - because no one enjoys misery and certainly no one can stick to it long-term. The more protein you have in your diet the fuller you will feel and the less likely you are to snack so even though high protein foods are high calorie value menu items it’s the ones you really should be going for.