How to Run Faster or Run Longer

Running for most people comes down to speed or length of time. Sprinters just want to go faster while anyone who runs for more than a kilometer wants to be able to do it for as long as possible. From a bio-physiological point of view running appears extremely complex. Upper body strength, lower limb length, VO2 capacity, quad and ab strength, hamstring flexibility and type of stride at foot impact all seem to play a role.

As technology improves so does the amount of information we can capture from a runner. Each fresh stream of data however has only complicated the picture. Upper body strength seemed to play a role. Overall weight and height affected run times. Arm movement impacted deceleration. The list just goes on and on. Running was (and to some extent still is) modelled on the spring-mass model that looks at the body as a collection of mass systems with the legs acting as a spring that absorbs and the returns force back to the body in order for it to move across the surface of the ground.

The problem with all this is that there were inconsistencies that made no sense. At our top physical speed, for instance, most of us match Usain Bolt in the speed at which our legs move forward. We also probably come pretty close to the total number of steps he’ll take in a 100m distance. Biomechanically, it seems, we are all virtually identical. Yet Usain Bolt can generate speeds of 27.7mph which is almost double to what most fast humans can achieve, which is about 15.9mph. So what makes him so fast compared to everyone else?

Simplifying the Science of Running

New running models have made a breakthrough by treating the body as just two separate mass systems with the knee joint being the dividing link. The leg and foot are one mass system and the rest of the body is another. The simplification makes sense because it suddenly allows all the other variables (VO2 Max, upper body strength, limb length, and so on) to normalize for each body. A powerfully muscled sprinter, for instance, will have commensurate strength and mass that in the biomechanical equations would proportionally match that of the more spare built of a marathon runner.

The normalization means that suddenly all running gaits and speeds become a function of just three variables:

The secret is in the gait. The gait is determined by the force at which the foot attacks the ground. That force is determined by the stiffness of the ankle. Usain Bolt may not move his leg forward any faster than any other fast human but when his foot hits the ground it does so with far greater force which means that he A. Generates more ground force per strike and B. He spends a lot less time in contact with the ground and much longer time flying through the air.

How to Run Faster

If you really want to run faster you’re probably already looking at stronger quads, and calves and powerful glutes which means in addition to sprints you are doing squats and squat jumps and jump knee-tucks and lunges and jumping lunges. You need something more, however.

A more powerful way of attacking the ground. Fast runners have a powerful wind up that brings the knees up high and the foot crashing on the ground with a really stiff ankle. They all tend to lean slightly forward so that the center of balance is over the hips. This flexes the abs and hip flexors and allows muscles to coil and then explode.

If you want to run faster the one exercise that will help you increase your running speed without doing outdoor sprints every day is High Knees. You can practice them slowly first, bringing the knee up to the waist and pumping your arms properly, so you perfect form and you can then practice them faster landing on the ball of the foot each time (which helps stiffen & strengthen the ankle joint).

How Do You Run Longer?

Runners who run long distance with good run times seem to get less tired from running longer than other people. The secret here, again, is in the way the legs attack the ground. Long distance runners have a softer ankle joint. They attack the ground with less force, allowing the momentum to generate a rolling gait that propels them forward.

The force they apply to the ground per step is lower than the force generated by the sprinters, as a result the ground force applied to their legs in return is lower which means muscles and tendons absorb fewer vibrations of lower intensity and therefore tire less.

So beyond the usual requirements of supple muscles, flexible hamstrings and good aerobic capacity that long distance runners work towards you really need a more upright way of running. That means strong lower back muscles that can maintain that posture easily on long runs and can absorb vibrations from each footfall.

Long distance runners typically hit the ground with up to three times their bodyweight with each step and the knees don’t have to go as high as sprinters. As a result the strides are smoother and longer. Long distance runners benefit from Windshield Wipers to help develop a supple pelvic girdle and core and superman back extensions for that powerful lower back.

A Strong Core Helps All Runners

Both sprinters and long distance runners need a strong core. The plank, the side plank and side leg raises help both types of runner maintain the balance they need in their lower body.

Whether you are sprinting or running long distance there is a set of exercises you can do at home which will help you develop the kind of sports-specific strength that will translate to faster speed and greater muscle endurance. 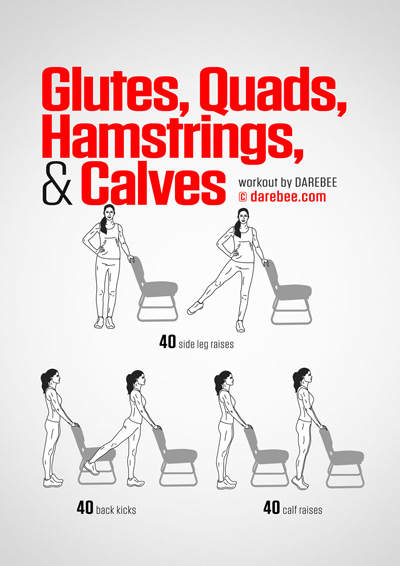 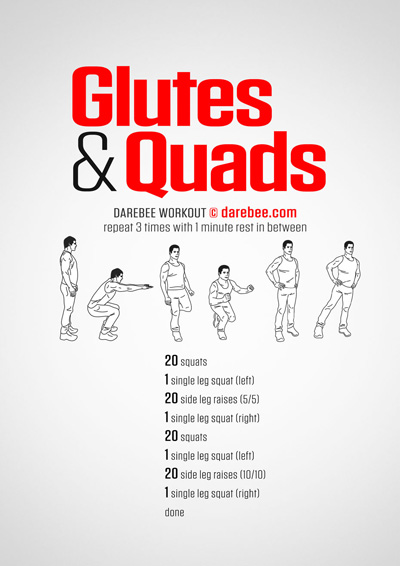 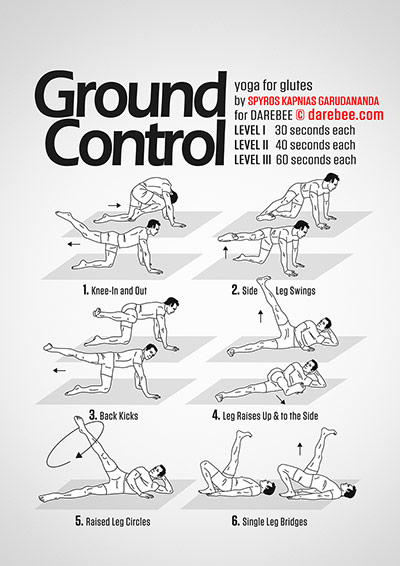 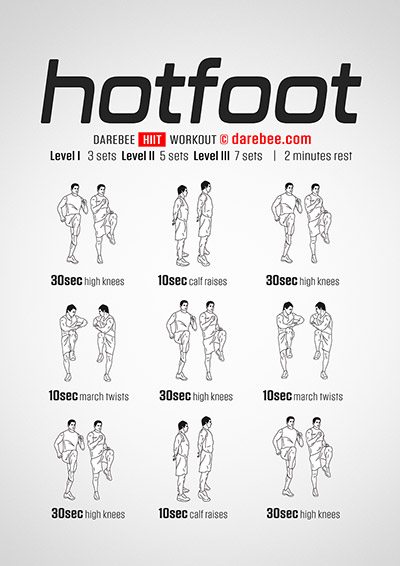 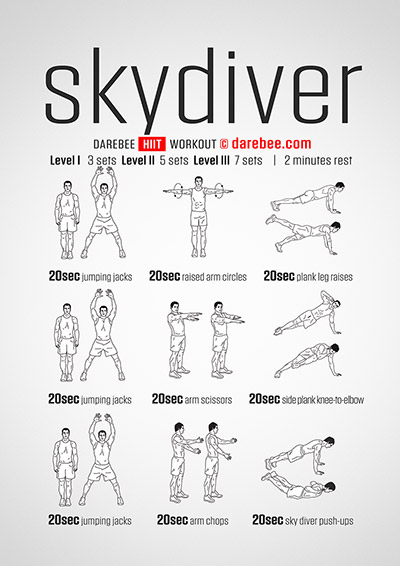 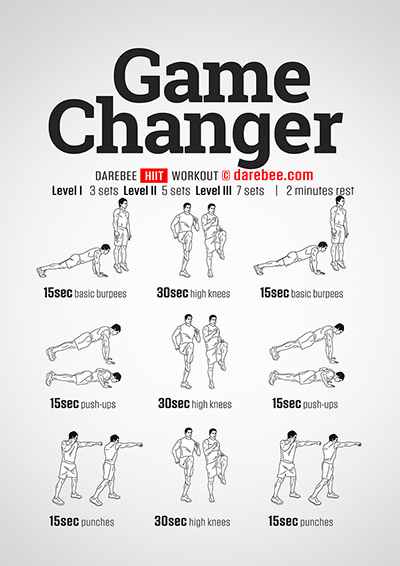 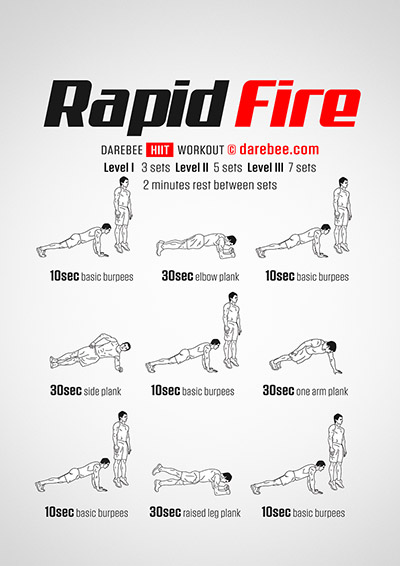 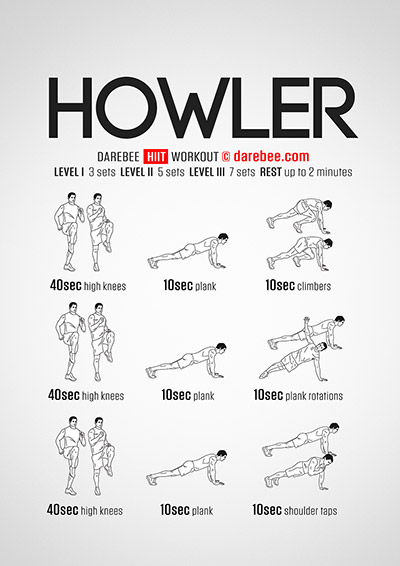