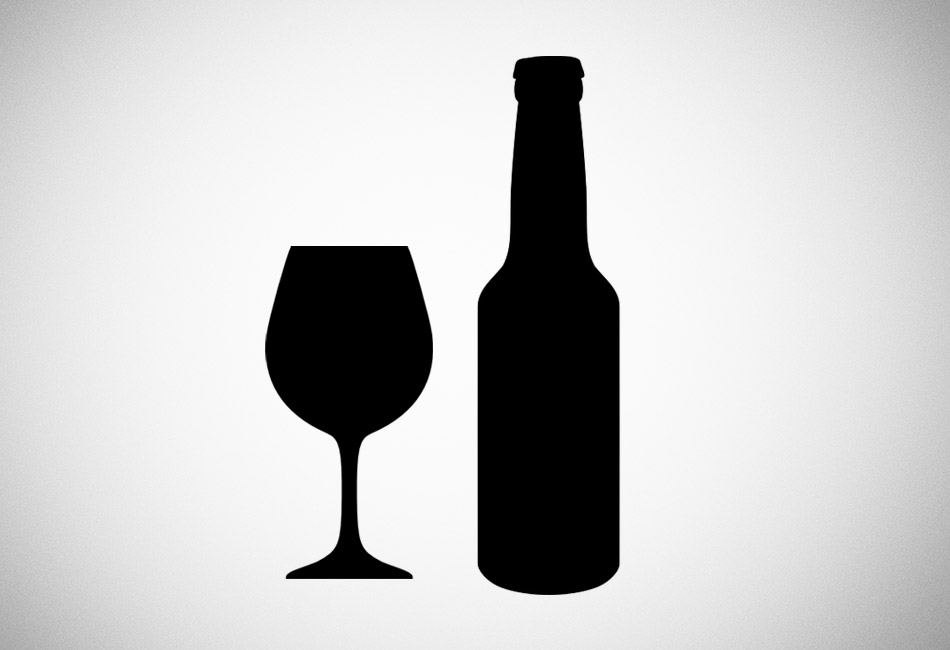 No matter how hard we train and how well we eat at some point, most of us are going to face the question of alcohol. Unlike food which we can somehow excuse if it’s not quite ultra-healthy, alcohol is one of those socially acceptable extras that we know we shouldn’t indulge in but which most of us do.

Well, we can shelve the guilt and the anxiety about having derailed our fitness plan because, really, alcohol is not quite as bad as it is made out to be. Like most solids and liquids which we can safely ingest it plays a role in our dietary health, it helps balance some of our nutrition thanks to the bioflavonoids it contains and it can even protect our cardiovascular health.

What everyone asks when it comes to alcohol is do liquid calories count? The reason there is such confusion in alcohol calories lies in the fact that heavy drinkers as well as alcoholics do not appear to put on weight even when they drink an equal amount of calories that they get from food. Now, alcohol (which is essentially ethanol - two carbon molecules bonded to six hydrogen molecules and one oxygen molecule) is a paradox in the way it is processed by our bodies because the body essentially treats it as a neurotoxin and tries to get rid of it rather than digest it.

But now let's look at the science behind it all. Alcohol is not digested like other foods. Once alcohol is swallowed, it travels down the esophagus into the stomach and the small intestine. It avoids the normal digestive process and goes right into the bloodstream. About 20 percent of the alcohol consumed is absorbed in the stomach, and about 80 percent is absorbed in the small intestine. Because it is metabolized by the liver it can actually leave the body within a few hours (depending on the amount of alcohol you have drunk) plus its effects depend upon the blood volume ratio, so a taller man, for instance, will need more alcohol to begin to feel its effects than a smaller one who simply has not got the same volume of fluid in his body.

Because the body has no way of storing alcohol and an increasing accumulation of it is dangerous, it has to be metabolized. That’s a job that falls entirely to the liver. When the amount of alcohol in our bloodstream keeps on increasing because we are, let’s say, at a party and the shots keep coming, it finds its way to the brain where it breaches the blood/brain barrier and begins to affect the motorcoordination centers and the reasoning parts of the brain. That is the point where we actually begin to feel the effects of drunkenness (slurred speech and poor coordination as well as bad decisions).

If we are not heavy drinkers or if we are slowly sipping a glass or two of wine with a meal the calories contained in alcohol are indeed processed by the body and count in our total calorie intake from food and its consumption goes into the production of cellular processes and adenosine triphosphate (ATP) which our bodies use as energy. If however we drink considerable amounts of alcohol or if we are heavy drinkers in the sense that we drink a few glasses of wine daily the liver has a way of dealing with it through the microsomal ethanol oxidizing system. This, in effect converts alcohol into heat that is either used by the body to maintain its temperature or simply dissipated as heat.

The microsomal ethanol oxidizing system makes sure that the calories from alcohol do not count. Great as this may sound there is a serious downside to it. When the liver is super-optimized like this to deal with a heavy alcohol intake, its chemical compounds are not being used to deal with other toxins in the body which slowly accumulate. Furthermore, the high concentration of microsomal compounds react with other environmental and food intake substances to produce toxic compounds that attack the liver causing cirrhosis. Cirrhosis of the liver is a serious medical condition with life-shortening implications, so deciding that drinking a lot, regularly is a cool thing because the alcohol calories do not count is definitely not a good idea.

In addition the calories derived from each type of alcoholic drink are different. A glass of dry wine, for instance, will contain a lot fewer calories (though the same alcohol content) as a glass of sweet wine. The sweet wine is further fortified with sugars that increase its caloric content. A similar difference applies to, let’s say, malt whisky and a liquor cocktail with the latter being a lot sweeter.

A Little Alcohol is Good

As is often the case moderation is actually more than just a good idea. There are studies that show that specific types of alcohol, like red wine, for instance, drunk with food, have a beneficial effect on the body's cardiovascular health due to its strong anti-oxidant action and the high concentration of phenols (which help guard the health of major arteries). Other studies have also shown that other forms of alcohol (and beer is included in this) are actually good for the reduction of something called metabolic syndrome which contributes to the development of diabetes type 2 in adults, heart disease and hypertension.

There are even studies that show low-alcohol drinks like beer when drunk after a heavy training session can help replenish electrolytes just as well as water. The finding, which comes from a study at Granada University in Spain, suggests that the sugars, salts and bubbles in a pint may help people absorb fluids more quickly.

Past studies have shown that sensible drinking of one or two units of alcohol a day can reduce the risk of heart disease, dementia, diabetes and Parkinson's disease, while the ingredients of beer - which include malted barley, hops and yeast - are rich sources of vitamins and minerals.

The one exception to the rule of course comes with pregnancy where it is always better to abstain while pregnant. The fetus takes nutrients from the mother's blood supply and alcohol, as mentioned already, is a neurotoxin. An adult, mature nervous and circulation system can deal with it but a developing one will always react differently to it and not in a good way.

A Lot of Alcohol is Harmful

If we drink a lot of alcohol on a regular basis however, drink-binge or get blind drunk on the weekends, for example, we begin to affect the digestive ecosystem of the mouth (it can lead to mouth cancer), the functioning of the liver (which can fail) and the kidneys (which can also fail). The impaired function of the liver leads to the build-up of toxins in the bloodstream that affect cell function so that our bodies can no longer burn fuel effectively.

Moderation is key when it comes to including alcohol in your diet. You needn't be overly anxious about a few drinks with friends on a night out or at a party and even a post-workout drink may be perfectly OK from time to time, but regular drinking or the odd heavy drinking are definitely a bad habit you need to try and change.

Metabolic Syndrome
Beer after a workout
Why the Body May Waste the Calories From Alcohol
Nutrition and alcohol
Perspectives: Do Alcohol Calories Count? (pdf)
The Neurotoxicity of Alcohol (pdf)
A Glass Of Wine A Day May Help Control Type 2 Diabetes
Health benefits of red wine (pdf)